“You are not weak. You do not have some personal shortcoming to overcome. You are sick.”

That’s the straight talk I got at the doctor’s office yesterday. And with every admonishment, I felt like my doctor was whacking me with a really hard, really stale baguette. It hurt on a basic level, like being hit with any hard object would (especially in my condition) but there was the added humiliation of knowing that I armed her with the stupid baguette.

I was diagnosed with fibromyalgia in October 2014 by one of the worst doctors I’ve ever had the displeasure of meeting.

He was the kind of doctor you’ll hear Spoonies talk about often: arrogant, dismissive, sometimes even combative.

After dropping the fibromyalgia diagnosis on me, he handed me a pamphlet and said “Here, you can read about it and I’ll be back in a minute.” He left the exam room.

I opened the 300-word brochure and stared blankly at the glossy pages. When the doctor returned, he told me he was putting me on Cymbalta and asked me if I had any questions. Of course I didn’t have any questions; five minutes alone with a pamphlet was hardly enough time to process what I’d just been told.

After a brief tangle with my health insurance provider regarding preauthorization for Cymbalta, I went on the drug.

I could write a novel about the six months I was on Cymbalta. It was just so horrible. I’m not a huge fan of trading symptoms for side effects anyway, but this SNRI was fucking with my brain chemistry in ways I never would’ve imagined possible. I didn’t feel like myself, I was gaining weight fast, I was short of breath, I’d have mini breakdowns over nothing. Instead of feeling like my overactive nerves had been gently persuaded to calm down, I felt numb. Everywhere. The lack of sensation only made me more anxious.

When I brought these concerns up at my next appointment, my doctor didn’t seem too interested. He looked up from my chart just long enough to tell me that if I went off the drug or lowered the dose, I would suffer.

When I tried to ask more questions—because, you know, my health is kind of important to me—I got the “difficult patient” treatment. To him every question was a personal assault on his intelligence, not a quest to learn more or find a better treatment option.

It was my last appointment with him.

So back to yesterday and my current doctor calling me out for being in denial for two years: it was a really, really hard appointment for me. For significant portions of the extended visit, I couldn’t talk because I was too busy wiping my nose and eyes with a tissue.

I am disabled now. I still can’t say that out loud yet; I can only write it. I’m not in a wheelchair, if that’s what you think when you hear the word disabled. I’m disabled because I haven’t driven in over a year for fear of injuring myself or others. I have to sit on a shower chair, and sometimes can’t lift my arms above my head to wash my hair. I can’t walk very far or very fast or sometimes even at all. I can’t think straight because the pain is so distracting. I can’t think straight because I am not sleeping at night.

Plenty of things have contributed to my two-year denial. For starters, because that first doctor was an asshole and a bad listener, I also wanted him to be wrong about my diagnosis. I mean, how could someone who wanted me to be complacent and follow orders possibly know what was wrong with me? He never listened to me!

I had test after test after test to look for the “real” source of my chronic pain, each time hoping something would pop up positive and I could mumble a self-satisfied “neener-neener” to the jerkwad.

I also internalized a lot of skeptical messages about fibromyalgia, despite outwardly defending myself and other fibromyalgia patients against them.

That’s not a real diagnosis.

You wouldn’t be sick if you could handle stress better.

Doctors decided to call it fibromyalgia because “female hysteria” is no longer politically correct.

Also, I didn’t want to be sick. I just didn’t want to be in chronic pain, so I pretended I wasn’t whenever possible. And I didn’t come up with that coping mechanism on my own. For years people have been telling other people to “just ignore the bee and it’ll leave you alone” and “just ignore the kid that’s picking on you and he’ll stop.” So why not take that same approach with pain?

I started yesterday’s appointment like I always had. “I keep continuing to decline.

“What about the possibility of something seronegative…”

Eventually, my doctor started getting through to me. “You have to deal with this chronic pain. Your muscle weakness, your high blood pressure, your erratic heart rate—those things are not happening independent of your pain. They are happening because of it.”

“Fibromyalgia is a real thing, not a character flaw,” she pressed and waited for me to look her in the eye. “It has an ICD-9 code and everything.” She searched my face for signs that I was getting the message.

Finally, I confessed that I knew my refusal to try different medications because of my Cymbalta experience hadn’t helped me at all and was likely making my life worse. I was ready to try.

“You’ve probably read a lot on the internet. How do you feel about trying gabapentin?” she asked, handing back the baguette.

Hi. My name is Emily, and I am sick. I have fibromyalgia*. That asshole doctor was right.

…but he is still an asshole.

*Actually, I should have trusted my instincts on this one, it’s a brain tumor. 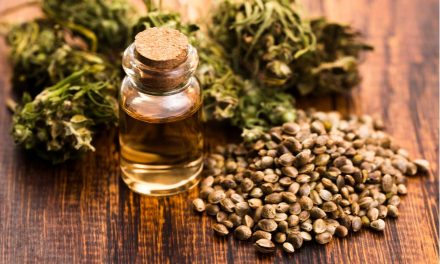