Wow. Two years ago. I was just commenting that I needed to follow up with Christie Clinic and say: It was a freakin’ brain tumor you douchebags.

[In reference to the following Facebook Memory from February 18, 2015:]

I got off the phone with the COO at Christie Clinic a few minutes ago. There was much apologizing, which was a good start. He didn’t appear to want my ideas for improvement as much as his voice message indicated, but it was still a good conversation.

He told me that the doctor’s department chair and the clinic’s chief medical officer would be taking up the complaint with the rheumatologist.

Also, it just so happens that the board is holding their regular meeting tomorrow morning. My open letter is on the agenda.

The COO also was apologetic that my primary doctor was moving her practice and offered to help me with my search to find a new doctor, even one in a different health system. I declined, of course, picking a doctor is just something I have to do–it’s personal. But I respect that he was trying to offer something of an olive branch.

I pointed out the reviews for the doctor on various sites, conceding that they were just online reviews but insisting the similarity of complaints pointed to this not being a random, one-time thing. Without actually saying it, he seemed to be suggesting it was a problem they had dealt with before for this particular rheumatologist.

He agreed to keep me informed as much as he could. Obviously, any HR proceedings would be confidential. But I hope that maybe some official policy could result from this.

In the end he thanked me for taking the time to talk with him and help him understand the context of the situation — namely that he could report to the board that there were no prior problems that had escalated. All it takes is one horrible interaction to lose a patient forever.

Another Round of Chemo Underway 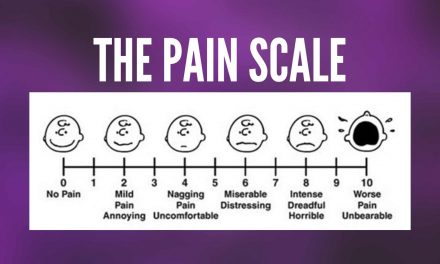