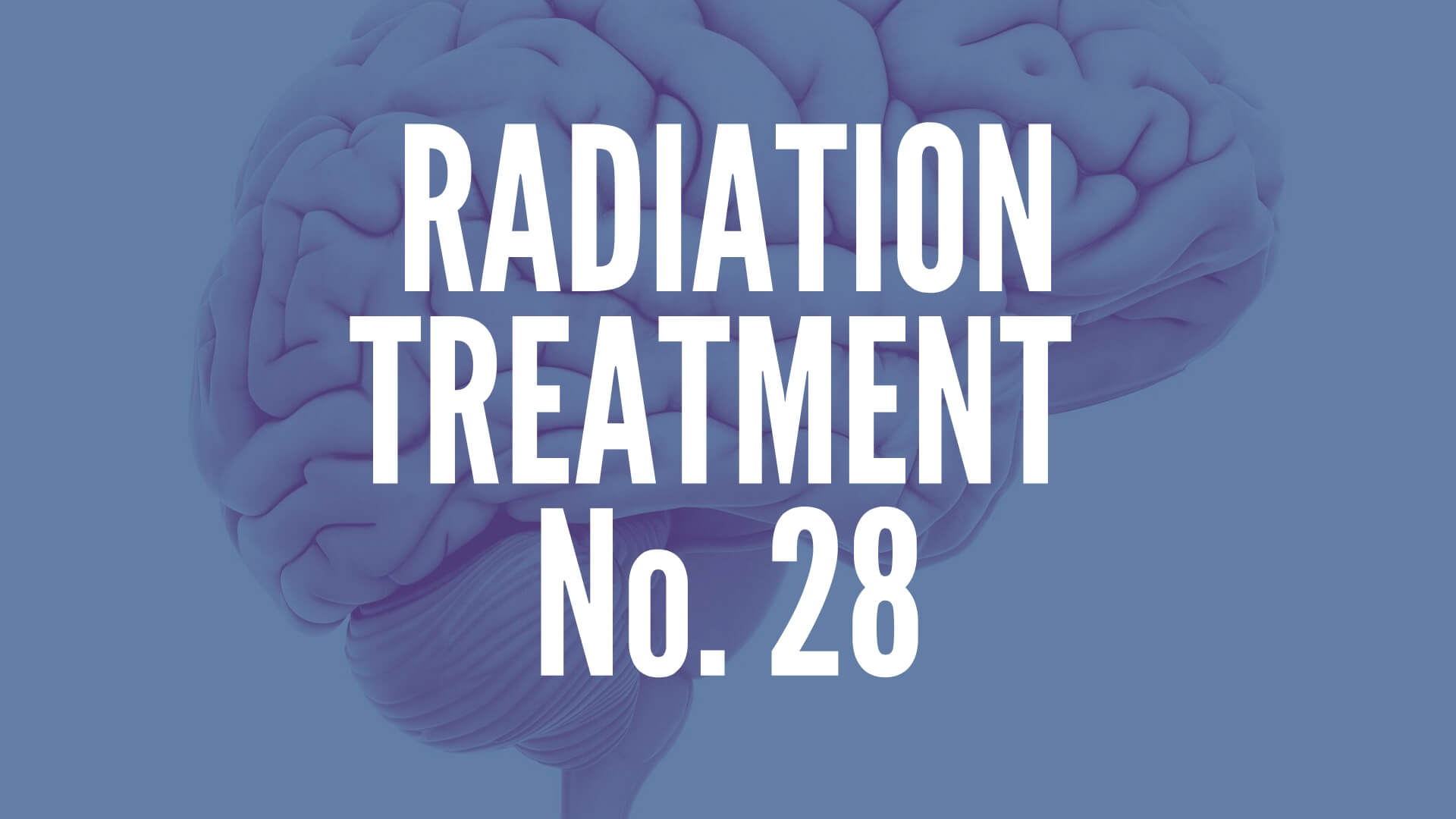 Brain tumor radiation treatment number 28 of 28!!! I’m in the waiting room now at Siteman Cancer Center’s radiation oncology department, and it will probably be another 30-ish minutes before I ring that final treatment bell.

Some people ring the bell with just a couple of people standing by, and some bring their entire extended families. It’s a pretty happy occasion, for the most part, because coming to the hospital every weekday for weeks at a time is grueling and being done with that is a weight off. Not just for patients, but for caregivers too.

My parents, brother, and sister-in-law have come to the hospital with Dan and I to celebrate today.

I will be broadcasting the event on Facebook Live for people who want to join in but can’t physically be in St. Louis right now. (Which is almost everyone.)

Please forgive me if I get a little emotional. I’ve been listening to other people ring the bell for weeks now when they reach their final treatment, and it always makes me well up a little. So I can only imagine how it’s going to hit me when it’s actually—finally—my turn.

Radiation therapy has been hard, and probably a little harder than it would be otherwise because I’m doing it concurrently with low-dose chemo. (It’s supposed to make the radiation work better.) So I’ve got side effects coming out of my…pores. Yeah, pores. And all of that is on top of the fact that I’m still recovering from freaking brain surgery and lying down for radiation means lying down ON. MY. SURGICAL. SCAR. Yes, they put a cushion under my head, but I’ll be honest—the cushion does absolutely nothing for me.

UPDATE: Here’s the Facebook Live archive of my big day. The video ends kind of abruptly because I start crying. It’s an emotional time. What can I say?

Why I Want to See an MS Doctor, Part 4
Did Someone Order a Chaplain?
Results of Brain MRI No.17
Another Day, Another Radiation Treatment