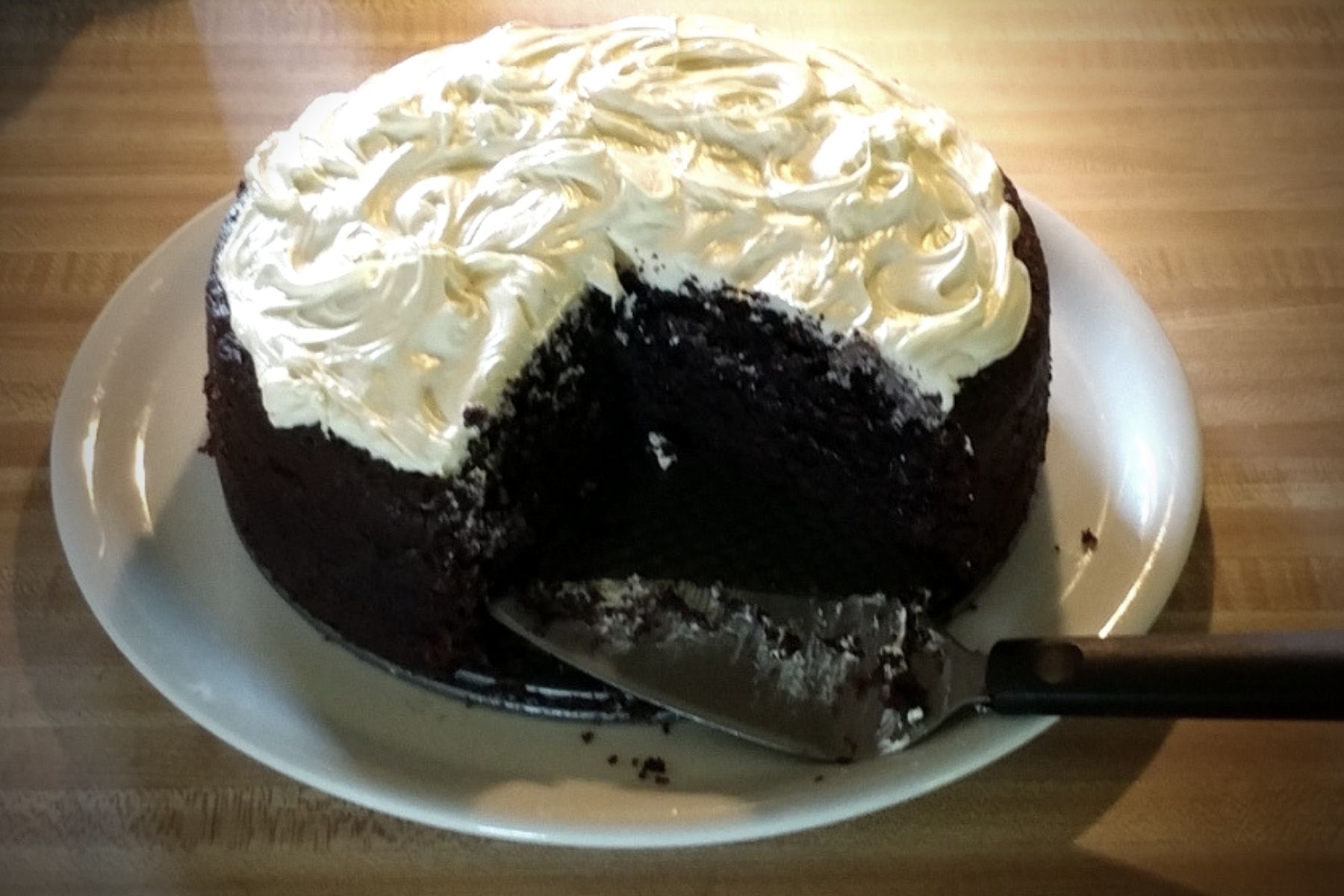 My permanent disability parking placard came in the mail this weekend. Getting it is bittersweet, because it’s so helpful to have. But also, I don’t really want to need one. Holding the placard in my hand forced me to reflect on the last year or so, and it bummed me out a little.

So I thought I’d try to focus on a thing I can still do in spite of my tumor and last year’s biopsy, radiation, and months of chemotherapy. Unfortunately for my waistline that thing is bake cake.

This story really begins last Wednesday on Dan’s birthday. I made him Nigella’s Chocolate Guinness Cake* (with a bottle of New Glarus Coffee Stout from his stash of special birthday beers instead of Guinness). Making him this cake is a birthday tradition. It’s really dense and really moist, but it’s not really sweet. It’s sooooo delicious.

We didn’t have a cake stand, so I plopped it on a pizza plate and later covered the leftovers with an inverted bowl from our salad spinner.

Well, a sweet friend of ours, Dawn, couldn’t let us go on living life without a proper cake stand and decided to gift us one. I immediately started looking for another cake to bake and settled on this Pistachio Pudding Cake**.

I started wobbling around the kitchen, and it baked while severe storms moved through our area. I was pleased with how it turned out.

Here it is again, pictured with Dan’s beers. That’s just coincidence, I don’t necessarily recommended pairing beer and cake. (Yeah, the cake is made with three boxes of instant pudding so it’s got that perfectly unnatural green tint and semi-homemade flair.)

Both cakes are delicious.

* The frosting is store bought. We weren’t in the mood for cream cheese, and opted for a buttercream instead.
** Again, we skipped the cream cheese frosting. Instead I iced it with a powdered sugar, water, and orange zest drizzle. Also, I had to add an extra 1/2 cup of milk to this cake batter. It was so thick without it, my hand mixer couldn’t deal.