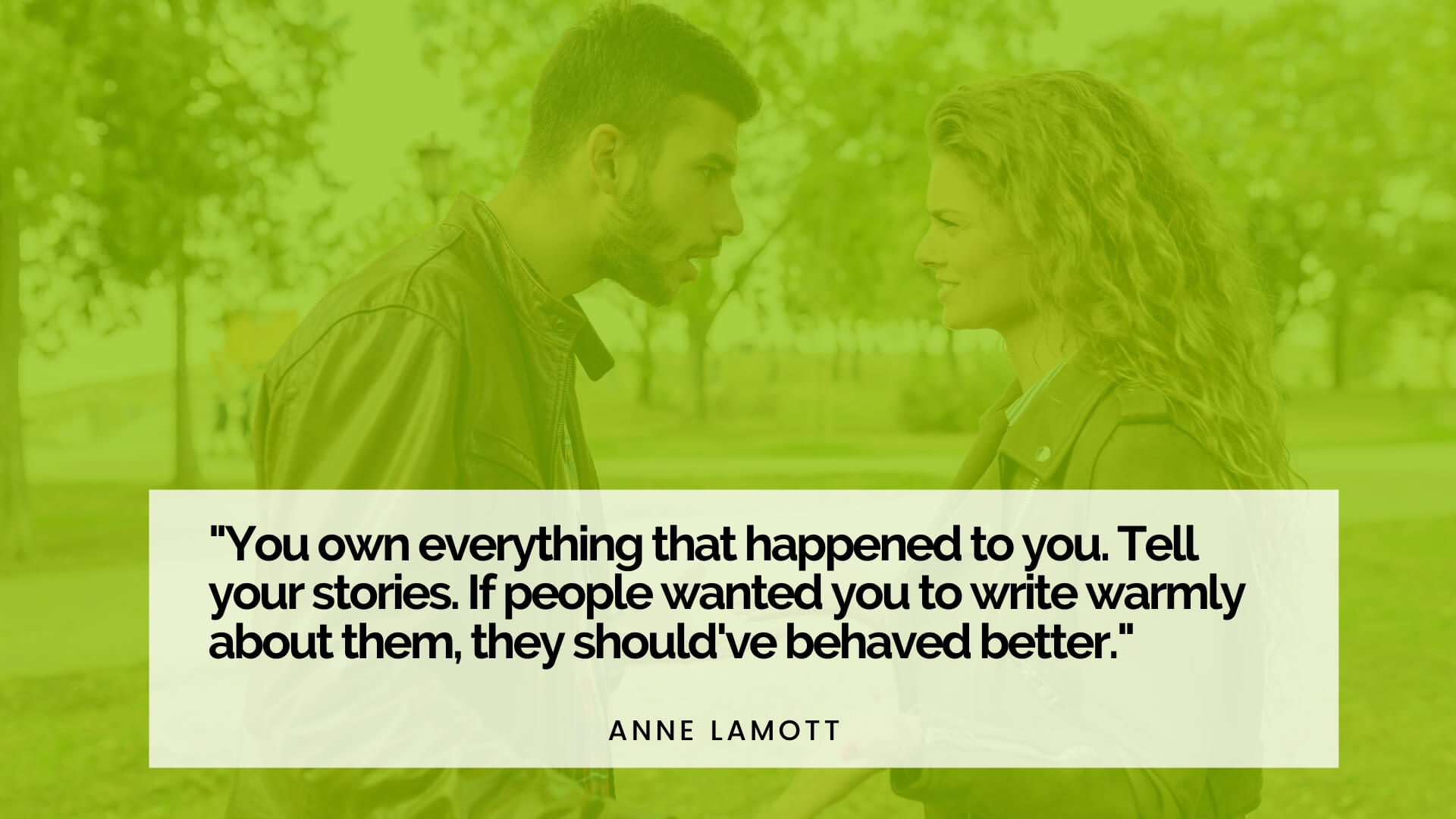 I swear, when this is all over I’ll have all the experience required to teach a masterclass. I’m going to title it, This Still Isn’t About You Rodney: How to Include a Narcissist in Your Memoir. And people are going to sardonically use the name Rodney like they use the names Karen and Becky.

If you’ve had the chance to read the first few chapters of my non-fiction webserial, you know quite a bit about my marriage to a guy I call Rodney. (For those of you who haven’t had a chance or aren’t interested, let me give you a little background: Rodney is a self-professed compulsive liar, an unrepentant cheater, and an egomaniacal, manipulative boob.)

Although Who You Gonna Believe isn’t ABOUT Rodney per se, he’s a prominent character in early chapters. That’s because I’m recounting pivotal moments in my life that give context to the larger story and support the theme of my work. You know, basic storytelling shit.

Unfortunately for me, Rodney—who is at best a creepy lurker and at worst a cyber-stalker—has a keen interest in my memoir. And not in that harmlessly curious way your ex might wonder what you’re up to these days, either.

Recall that back in November I wrote about Rodney signing up to be my patron. I wondered then whether he was just not bright enough to use an alias or whether he was using his real name and email address intending to intimidate me. The post was my way of signaling that I wasn’t going to quit telling my story. I shared a link to it on Twitter, like I do everything I write, and not long after received an email from Rodney via my website contact form.

The letter was a laughably, transparently desperate attempt to blow smoke up my ass and make himself look better. Rodney all but ASKED me to share it with the world, so publishing it was the last thing I intended to do. “Just ignore it,” I told myself. “He gets off on the attention.” But the thing about ignoring a narcissist is that it’s simultaneously the only hope you have of getting him to leave you alone AND the best way to ensure he will keep harassing you.

Not getting immediate gratification from seeing his letter on my blog, Rodney tried needling me again—by favoriting one of my tweets. When I saw his nauseating face in my notifications, I immediately blocked his Twitter account. Then I asked a few people I trusted to help me determine the best course of action. We all eventually agreed that refusing to acknowledge him would cause the most suffering and ridiculed him mercilessly behind his back. (Hey, I’m only human.) Then, feeling much better after a good vent and a belly laugh, I went back to not thinking about Rodney for a while.

I was in bed listening to the Sleep with Me podcast when I got the notification that Rodney’d shelled out another buck to secure his title as the World’s Biggest Slice of Dick Cheese. I rolled my eyes, scooted down the hall with my rollator to my get my laptop, and blocked him. Again.

Sunday morning I woke up, still slightly annoyed, and tweeted about this second Patreon sign-up. My sister-in-law texted me when she saw it.

“I’m stuck somewhere between ‘don’t give him airtime’ and ‘try to make money off of the drama,’” I confessed.

“Make that money, honey. Make it rain all day,” she said.

I have no idea if putting Rodney’s present awfulness on display will generate interest in WYGB, but I haven’t had a new patron sign up in a little bit, the appeal against Lincoln Financial Group is ongoing, and our SNAP benefits are fixing to be cut again, so I figure why not try? It’s not like I owe Rodney a single courtesy.

You guys might want to make some popcorn. I’m planning to post his letter soon-ish, and it’s going to be annotated.