Give It Some Consideration 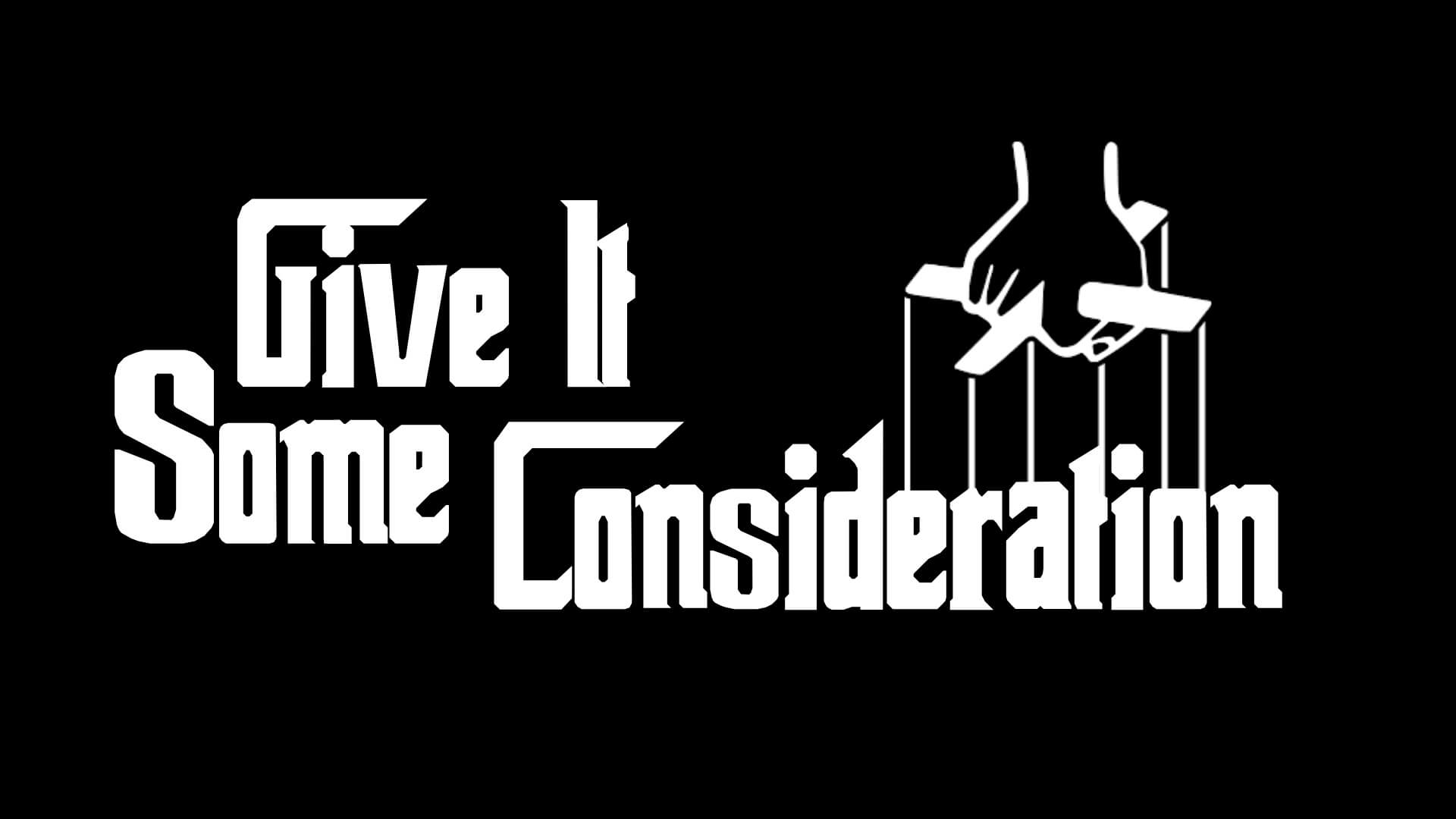 “Give it some consideration,” he says. At first you think maybe Rodney’s trying to do me a favor by playing up the whole garbage person bit. But then you remember: This is not an act.

After I announced that I’d be sharing Rodney’s emails—but before I got around to publishing Rodney Writes a Ruse—my ex-husband jumped back on my contact page and wrote me again on Wednesday, December 11. Presumably because as a Certifiable Attention Whore™ he was jonesin’ for his next bad publicity fix.

And cripes what a trainwreck his email is. Even people who question my decision to deal with a narcissist by putting his work on display must be having a hard time looking away from this one.

I’m going to take the line-by-line approach again on this for two reasons 1.) repeating the email text in the body of the post makes the content accessible for people using screen readers, and 2.) it worked well for me last time. Once again, Rodney’s words are highlighted with a gray background.

Emily — Like I mentioned in my last message. This is very good writing (the memoir, more precisely). Am I a narcissist for reading it? Yes, in your story I am.  Someone’s got to be the villain, right? All good storytelling has a villain.

Remember in the last episode when he praised me for how well I “showed his scumbaggery” and then I explained that he wasn’t truly accepting his faults? Right off the bat we’ve got him setting up a scenario in which I’ve sensationalized my portrayal of him.

Yes, I am “a self-professed compulsive liar, an unrepentant cheater, and an egomaniacal, manipulative boob” in your story. But I take umbrage with “boob.” I’m much worse. You give me too much credit.

Got whiplash yet? Imagine the pain in the neck you get from living with this shit 24/7 for five long, miserable years. The early part of our relationship did the most damage to me because I was completely ignorant of Rodney’s condition. And I don’t just mean I couldn’t see he had it because the relationship was shiny and new. I mean that at 23 I still had no clue being self-centered reached clinical levels in some people.

Aside from your medical problems, I’m glad you’re still writing.

I’d like to remind everyone that I am not a professional, but those who are say people with Narcissistic Personality Disorder lack the ability to identify with the feelings of others. Raise your hand if you think bringing up my brain cancer this late in the game and in such a dismissively unapologetic manner ought to go in a text book.

But, you know, thank Jesus he’s glad I’m still writing. I suddenly have a reason to live.

And, I hope you unblock me to read your next chapter.

I don’t think I’ll ever hate myself that much, but time will tell.

There are really two advantages: 1. I could write something like this message and my previous one, which gives you more material to work with and gives your readers more reason to hate me, which will give them more reason to read your work. (You don’t want to tell them that, because it’s a propaganda tactic that comes from the research done on compulsive lying in social settings.) 2. Following from (1), you’ll likely increase your following, reach, subscribers, etc. I know you know what happens with more subscribers. Give it some consideration.

I know you know what happens? Give it some consideration? Almost sounds like someone with delusions of grandeur just finished watching The Godfather.

I will never, ever hate my readers and subscribers that much. But it amuses me Rodney thinks he’s so good at this he can manipulate me into manipulating others all while making my platform (a platform I worked very hard to build over the years) susceptible to his treachery.

Despite all the horrible things that make his dysfunction worth academic study, he’s still just a mediocre white guy at his core. Trying to get out of doing the work. I welcome him to build his own platform if he’d like to show us the alternate reality in which he lives. I never considered at the outset that Who You Gonna Believe, a non-fiction webserial with humble beginnings on Patreon, would one day inspire fanfic—how flattering.