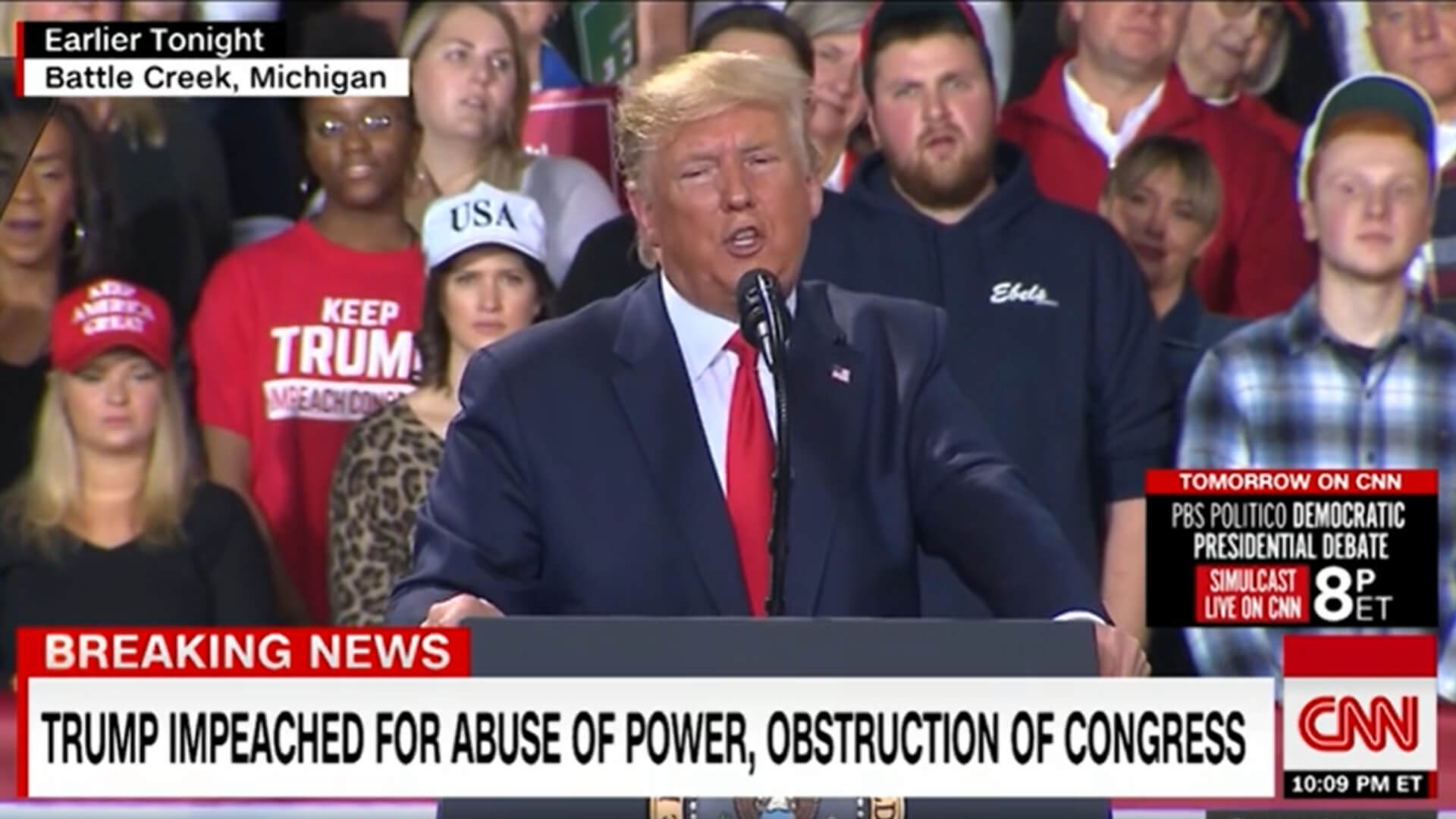 I don’t frequently go all-in political here at emilysuess.com. However, I view this website as something like my magnum opus, and because I don’t have kids, it could very well be the closest thing to a legacy I leave when I’m gone. I want my thoughts—these thoughts—on the record.

Trump is a horrible president, but an even worse person. I despise his cruelty, his narcissism, his racism, his sexism, his bullying, and his grifting, and I have for a very long time. (I think those of us who’ve ever endured another’s narcissism can’t help but hate his ways and consequently be revolted by the sound of his voice and the sight of his face.)

I despise that Trump’s political allies continue to aid and abet him, that they help him imprison children and separate them from their parents, that they join him in bullying inspiring young people like Greta Thunberg, that they dismiss his pussy-grabbing confessions as harmless. I despise that they ignore his using the people’s house to defraud an entire country because defrauding Trump University students and charitable donors and contractors wasn’t enough. I despise that they stand by him instead of standing by the marginalized, the grieving, and the truth tellers.

I despise that he even has political allies, so atrocious are his words and deeds.

And I despise that everyday Americans cheer him on as his depravity swells until his thin skin ruptures and spreads the malodorous pus of his vitriol on the rest of us.

Like last night at a rally in Battle Creek, Michigan, where, with his brain addled by the House’s impeachment vote, he baffled us with incomprehensible prattle about dishwashers that have to be pressed 12 times. Where he called a protester a slob, said Rep. Adam Schiff isn’t good-looking enough, and then in a jaw-dropping moment suggested Rep. Debbie Dingell should have used her vote to show him deference. To kiss the proverbial ring of a criminal, a man who has made a mockery of his own oath of office and thoroughly embarrassed the United States on a worldwide stage. And why did Trump feel like Rep. Dingell owed him a debt? Because he didn’t block a state funeral for her husband, the late Rep. John Dingell, a man who served in the House for nearly 60 years.

Trump thinks Rep. Dingell personally owes him for her husband’s six decades of service to his constituents.

But that wasn’t insulting enough for a scourge like Trump. “Maybe he’s looking up,” Trump said tauntingly of the late representative at a rally being televised live. Yep, the President of the United States suggested that the longest serving member of Congress in American history was probably in hell.

Republicans who seem to revel in grandiose displays of indignation these days are noticeably NOT railing at Trump’s speaking ill of a dedicated public servant and colleague, nevermind that they should be falling over themselves trying to console his widow—their colleague in the House.

Rep. Debbie Dingell’s husband died in February this year, and Trump made these cruel remarks days before she faces her first holidays without him. “You brought me down in a way you can never imagine and your hurtful words just made my healing much harder,” she tweeted in response last night.

My heart just breaks for her.

I’m not saying this incident with Trump is the straw that broke the camel’s back, though. I want to be clear about that. I stand beside everyone he has hurt, belittled, bullied, cheated, assaulted, and conned. I recount last night’s episode in more detail simply because it’s recent and the wound is fresh. However, despite the undeniable monstrosity that is the so-called forty-fifth president, I finally found common ground with Trumpers on one thing: he doesn’t deserve to be impeached.

Impeachment is too fucking good for that asshole.