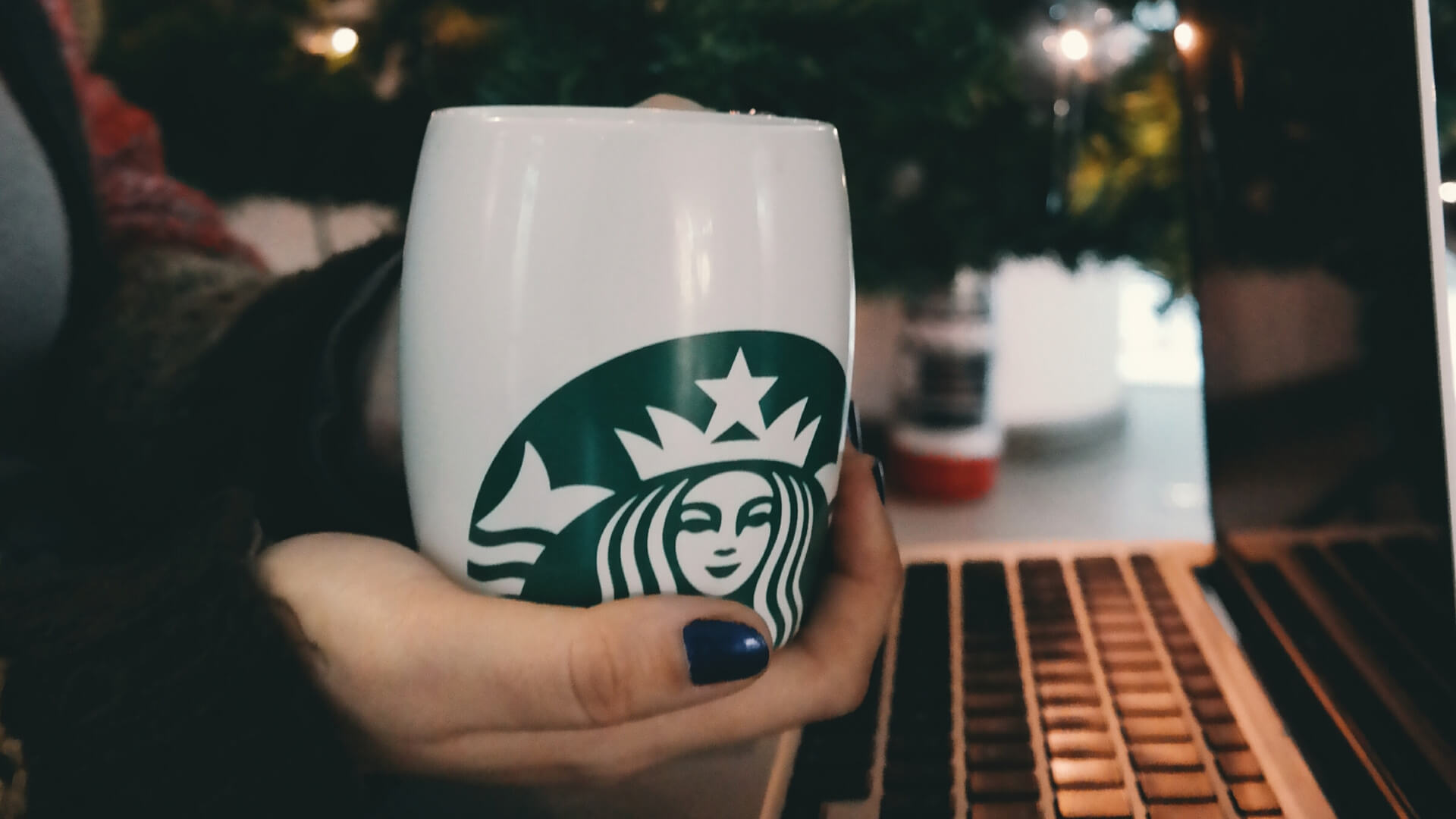 Tammy nudged Bart, who set his Eggnog Latte on the table and struggled to twist in his futuristic suit. “What?” Bart asked, annoyed. “I can’t see anything when I turn my head except the sidewall of this damn helmet.”

“Nick’s here,” Tammy said, gesturing toward the counter where a masculine figure in a white linen jacket and unbuttoned pink Henley ordered a Venti Caffe Americano. Tammy waved her arm above her head as Nick scanned the tables for his party. When he saw her, he nodded coolly and headed over to them.

The Starbucks on Neil Street was packed on the Monday before Christmas, but luckily Tammy had managed to secure a table near the entrance. Nick stepped sideways to avoid bumping into a bearded man pushing a stroller and then high-stepped over a young woman’s laptop bag before reaching them.

His chair scraped the floor loudly, momentarily drowning out the frenetic chatter of the over-caffeinated crowd and a festive Trans Siberian Orchestra track. “What’s with the get up?” Nick asked peeking over his RayBans. He nodded slightly in Bart’s direction, but it was Tammy who spoke.

“Don’t pick on him, Nick. It’s kind of a sore spot. By the way the 1980s called. Even they don’t want that suit.” Bart ignored his colleagues’ banter and sniffed his latte. He couldn’t take a sip without removing the entire Mylar onesie he wore, but if he lifted a panel on the helmet he could at least get a satisfying whiff of nutmeg and cinnamon.

“Very funny,” Nick made a face at her. “You do realize that in my capacity as Ghost of Emily’s Past Christmases, I am permanently attached to 1985? The first Christmas she remembers? The year she got her fist Cabbage Patch doll? It was either this”—he lifted his sunglasses and looked down at his white pants—“or the Rainbow Brite suit again. And those moon boots make my feet sweat.” He turned to Bart, “The future looks exciting though.”

“You know HR’s still got me on probation for the causality loop I created in ’08” Bart, the Ghost of Emily’s Future Christmases, said through his open helmet panel. “All I can safely say is that I forgot to double check 2019 climate conditions before I left the house.”

“Everyone looks fine,” Tammy said, hoping to avoid discussing why she was always wearing the same pair of pajamas to these things. It always brought everyone down. “Let’s get started. It’d be nice to finish this up before Christmas.” She opened a notebook and clicked the end of a ballpoint pen three times. “We’ll just focus on this year unless you guys have any objections. I know it’s the end of a decade and all, but rehashing the—”

Bart cut her off. “Actually, there was no year zero, so technically 2020 is not the start of a new decade.”

Tammy looked up with an incredulous expression. “You’re the only ghost I know who gives a shit about this stuff, Bart. Anyway…Emily doesn’t seem to be at risk of an Ebenezer Demerit this year, but there are a couple of items here that concern me—she missed Christmas cards for the second year in a row. Or is it the third now? And she bought four gift cards instead of real presents this year.”

Nick winced and sucked air through his teeth. “Yikes. I didn’t realize. Sounds like she’s phoning in the gift giving. Not good.”

Bart jumped in to defend Emily. He was a pedant for sure, but he was also the most sympathetic of the three ghosts. “You guys know Lincoln Financial Group still isn’t paying her right? They paid that Hartner douche instead. To pretend she was fine. She’s been broke and depressed since March.”

“Put that in her permanent record, Tammy.” Nick jabbed his index finger on the form she was filling out. “Also, that fucker’s ghosts better be recommending him for a lifetime achievement demerit this year.” Nick slouched back in his chair, holding his paper cup between his widely spread legs and throwing his right arm over the chair back.

“I’ll bring it up with whats-his-face at the treasury, too,” Tammy assured them. “I heard they were running low on lifetime demerits this year, but if they know there’s a need they might dump a few million more into circulation.”

“The rest of her 2019 looks to be as charitable as it can be, considering,” Tammy said before passing the form around for signatures. “Shall I call her in to give her the results and discuss next year’s goals and areas of improvement?”

“Let’s do it,” said Nick as he threw back the last of his coffee.