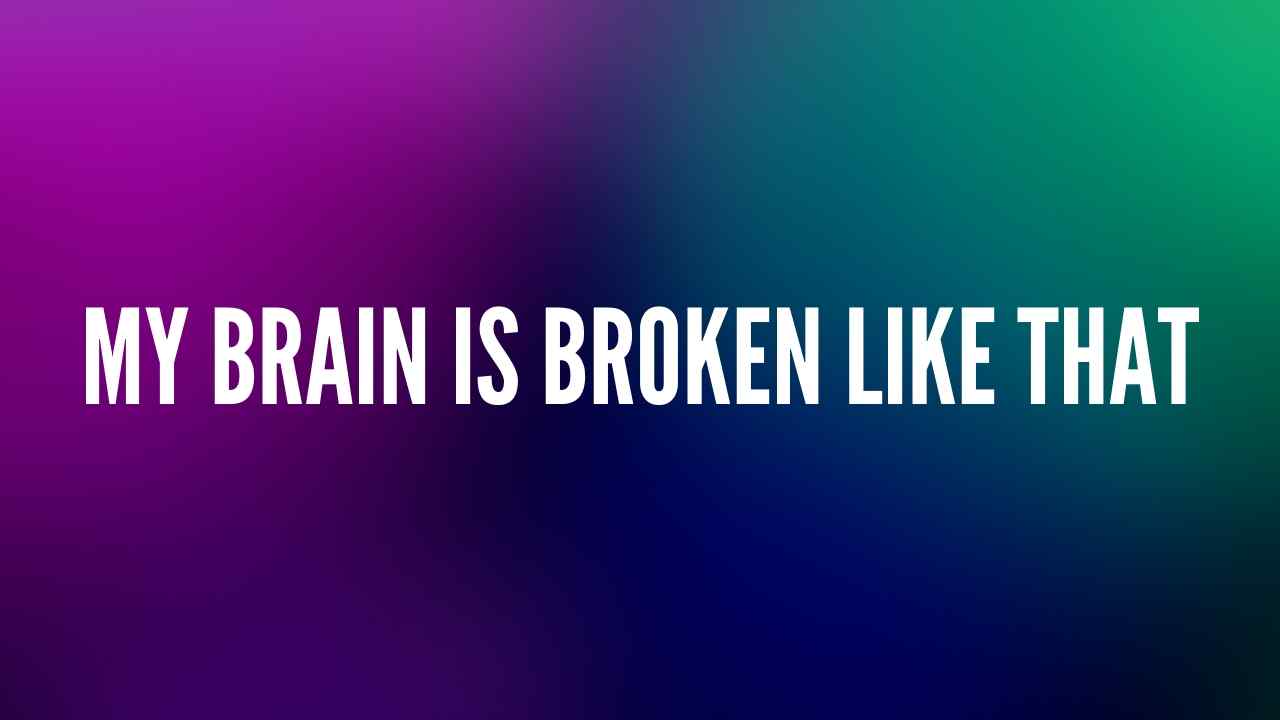 Today I called Carle’s psychiatry department to schedule an appointment. I was talking with a friend about her new podcast, and our conversation reminded me that scheduling my first counseling session was something I needed to do. I wasn’t avoiding making the call; I had simply forgotten about it because my brain is broken like that.

(If the neuro-typical adult human has two front burners and two back burners for managing tasks, I have a shorted-out hotplate that smells like burning plastic when you plug it in.)

Anyway, the first available appointment they have for me as a new patient is at the end of May. I don’t know if this is common across the country or just in my neck of the woods, but damn. Four months to be counseled for anxiety and depression and you don’t even know if the therapist is going to be a good fit? That feels…less than ideal.

I mean, I am not in crisis and don’t feel like crisis is likely. But four months seems a long time to languish with mental illness even if you have supportive friends or family. But if you don’t? It’s not like we patients can pop into the minute clinic to tide us over until our regular doctor is available for a full work-up.

I know I’m not the first to say so, but before I get back to my specific situation I’d like to say: we seriously need to do more to prioritize access to mental health care in this country.

So, yeah. This is a thing I’m going to start doing now—blogging about my mental health. Because my brain is also broken like that.

Though I know this isn’t the case for many, many people, talking about my depression and anxiety publicly is not a hard thing for me to do.

I mean, my list of “out” sensitive medical experiences is pretty dang long. A couple years ago I blogged about shitting my pants in the car two blocks from my house. I started my period the morning of my brain surgery and the hospital transported my bloody underwear from the OR to ICU to my recovery room in a transparent plastic bag. A physical therapist toted around my post-surgery pee bag (that was still connected to my urethra) while I walked the ICU floor. I guess I’m kind of over myself at this point.

What I’m saying is, if I don’t write about a sensitive medical thing, there’s a greater chance I’ve forgotten it than that I’m too embarrassed to talk about it.

Also, the fact that I have an inoperable, malignant brain tumor means that people are more likely to give me permission to be depressed and anxious. Sure, cancer patients are still pressured by others to keep positive. And, yes, we still put pressure on ourselves not to be a burden. But I think it’s safe to say that cancer patients with mild depression are treated with more sympathy and empathy than patients with “only” severe, life-threatening depression and…

There is no hierarchy of life-threatening conditions. And even if there were, your Great Aunt Louise whose favorite show is Fox & Friends wouldn’t be qualified to rank them.

Sorry for not warning you up front. This post is a bit of a rambler.

I have known since before the cancer bomb was dropped on me in 2017 that I would benefit from counseling. However, in the fraught two and a half years of misdiagnosis leading up to the right one, I was opposed to doctors calling me depressed or adding an associated ICD-9 code to my chart. Stigma had something to do with it.

At that time, I was already being dismissed as an overweight, 30-something, complainer with two X-chromosomes. Instinctively, I knew that if my lazy-ass rheumatologist put depression on my chart (spoiler alert: he did) next to his fibromyalgia declaration, it would only delay finding the real problem.

And it did. (If you’re new here and don’t already know that story, you might be interested in browsing the topics fibromyalgia and brain tumor.)

Following diagnosis, however, stigma wasn’t the thing that kept me from seeking out therapy for my depression and, now, anxiety. The biggest obstacle from 2017 to now has been finding time to fit it in. Cancer treatment is a bitch and recovering from it (not even talking about the cancer now, just the treatment) is a years-long process that extends well beyond the date of your last dose of chemo.

I still have not—and probably will never—get back all that chemo has taken from me. Even today, I know that I can’t add therapy to my list of activities without giving up something else. Cancer fatigue means not having enough energy to fully participate in your own well-being. My brain is also broken like that.

But this winter was a hard one for me. And for three days last month I couldn’t get out of bed except to go to the bathroom and search for Pop-Tarts when my stomach finally growled. It wasn’t the first time I’d experienced a more acute episode, but it was the first one I experienced during a time when adding another doctor’s appointment to my cancered life didn’t seem like an absolute impossibility. When my depression began to lift, I promised myself I’d bring it up at the first visit with my new primary doctor.

I told her that, knowing not much about it really, I’d classify myself as a mild case. I had no thoughts of suicide, but I didn’t see how someone living with an inoperable brain tumor, chronic pain, medical debt, and fighting an insurance company for 9 months straight with a triggering narcissist in the White House wouldn’t be a little depressed.

“I refer patients to counseling for chronic pain alone,” she said.

So, I have an appointment in May with a doctor who’s name I’ve already forgotten on a date I can’t remember because my short-term memory is permanently retired. They’ll give me a call if something opens up sooner.