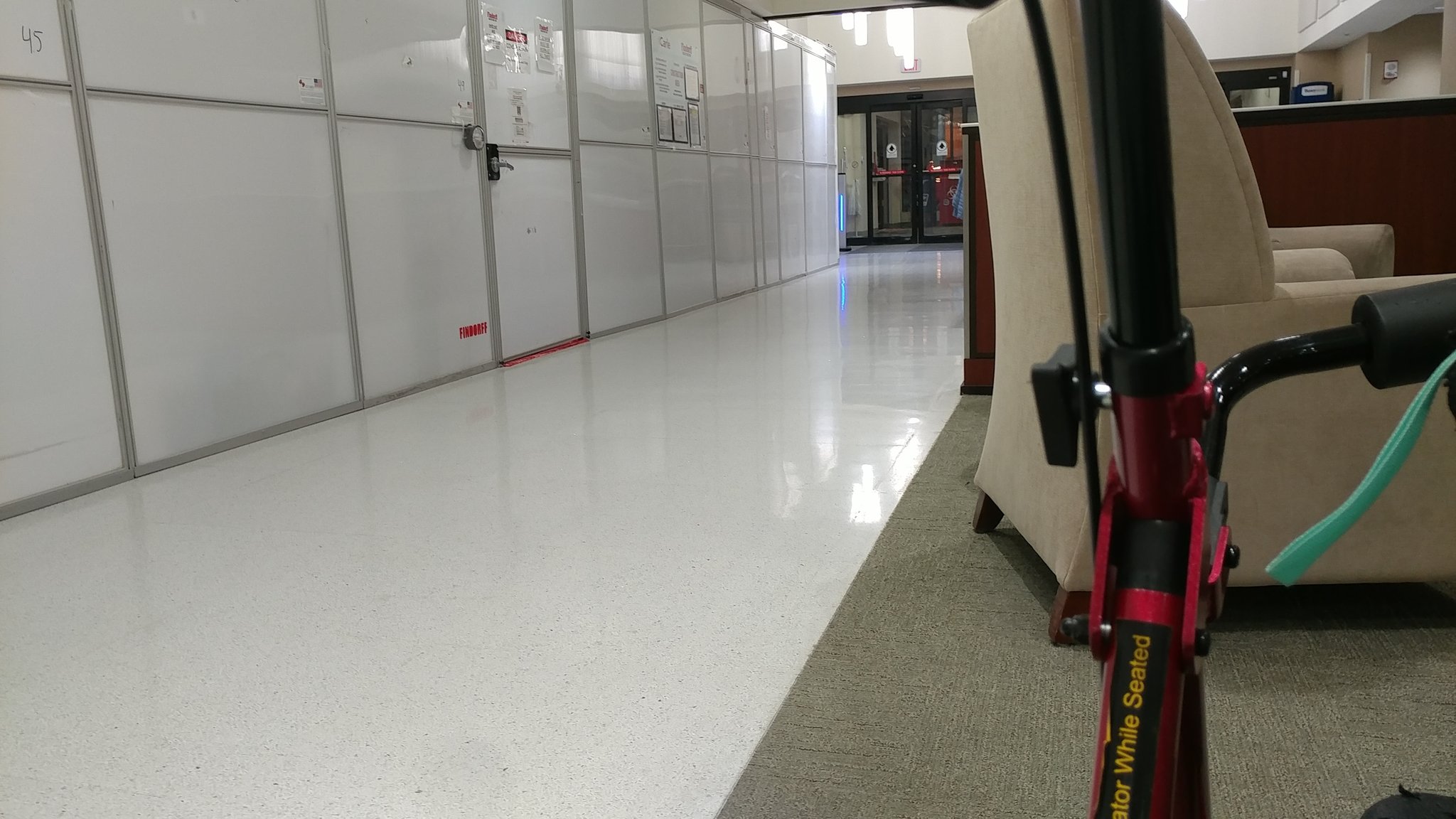 On Monday night, I had my twentieth brain MRI. It was just another routine scan to see if there were any changes in the malignant tumor on my brain stem, but the outpatient hospital visit was more distressing than usual.

And I mean aside from the pandemic protocols that didn’t allow Dan to come inside with me.

After checking in at the radiology desk, I scooted down the hallway gripping my walker and found my way to the secondary waiting room. I was hoping the room would be empty like it was back in July, but there was one other person in the room. A man, probably in his early- to mid- twenties. He was listening to someone on speakerphone.

I chose the farthest seat from him in the waiting room. We were both masked, but given the choice to be exceedingly cautious or increase anyone’s risk by one tenth of one hundredth of one thousandth of a percent, I took a few extra shaky steps.

I turned my head toward the waiting room TV and tried to focus on the “Chopped” contestants and their basket of squab, poblanos, and a some weird-ass fish made of chocolate when I realized that the man wasn’t talking to someone on his phone, he was listening to a podcast or watching a video or something without headphones. I was mildly irritated.

I don’t know if I’ve mentioned this here before, but I can’t single out a line of audio when two things are competing at the same time. Whether it’s a result of the tumor, a side-effect of radiation or of chemo, or just the result of being under persistent stress for years, it’s impossible for me to do. I could kind of feel the words being spoken, though. The rhythm and tone of what was coming out of the man’s phone gave me very cishet, militant Baptist vibes.

I pretended to look past him while checking for a mask, wondering if I’d seen a mask when I walked in or if I’d just assumed he was wearing a mask.

He did have a mask on. Good.

I turned back toward the TV, and in the brief silence between commercials, I distinctly overheard the words “they want you to be ashamed of your whiteness” then a little later something like “don’t be ashamed of your whiteness.” Then later, as the speaker was wrapping up, he thanked everyone for listening and said “I love you. We love you.” He said he and Pastor Todd or Pastor Jeff or something were praying for them or something.

It was nauseating. I checked to make sure I still had a vomit bag in my tote.

My waiting room companion was a white supremacist. And he was brainwashing himself. Having endured my share of emotional abuse, I know most all the greatest hits from “he must really like you, because you’re not that hot” to “they don’t accept you, only I accept you.”

What I’m saying is, if there’s a way to not be highly sensitized to this kind of manipulation in everyday life, even when not directed at me, I don’t know what it is.

I stared up at the TV and forced myself to smile behind my mask. Tamping down some emotions I’d rather not have alone in a room with a fucking white supremacist.

Folks, if you ever had an internal dialogue that goes something like, “He’s dangerous, but I’m white. If he goes postal, I might be OK”… congratulations! You’ve been terrorized, not directly by a white supremacist, but by the mere existence of white supremacy. And being able to calm yourself with the color of your skin is a sick type of privilege.

I have no additional facts to tell you about the waiting room nazi, just my gut feeling based on some subtle (maybe even imagined) cues from the guy. I think he was uncomfortable with the insurrection—the barbaric murder—and unequipped to deal with his discomfort. Instead of owning up and confronting his choices, he sought comfort. He went looking for someone to tell him he was right, because it was easier than taking responsibility.

That thought horrifies me.