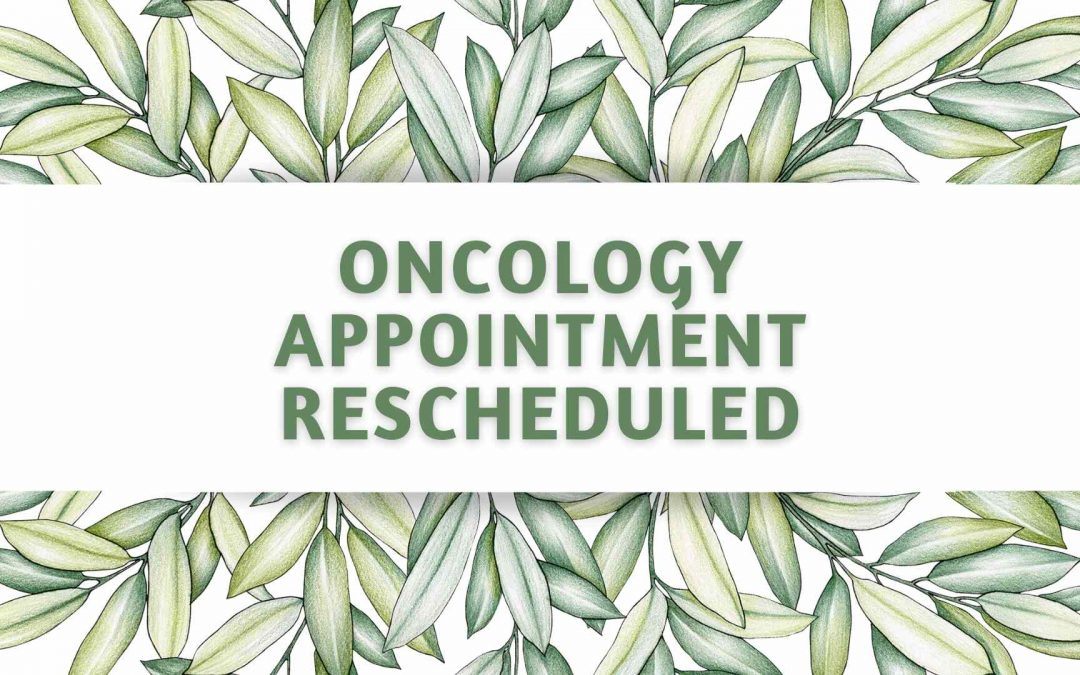 I was supposed to have an oncologist appointment at Carle yesterday, but I woke up about 6:30 am feeling absolutely miserable.

I didn’t have a fever and chalked it up to allergies. But I’m not ruling out that I caught something wheeling past the urgent care waiting area with my Rollator on my way to phlebotomy Tuesday morning.

I should have worn an N95, but went surgical because I scheduled labs as early as possible to avoid the cootie-havers. (My appointment was at 7:45 and urgent care doesn’t open until 8:00.)

But there were people waiting for the walk-in clinic to open. Lesson learned.

It took two sticks before my veins gave up the goods. After the phlebotomist rooted around in the crook of my right elbow for a bit, I said the magic word: “Ouch.”

Even if it doesn’t hurt all that much, phlebotomists have a Pavlovian response to signs of discomfort or pain.* It was clear to me that nothing was going to happen, so I put an end to the expedition. She snaped off the tourniquet apologetically and started tapping the left arm with her index finger.

When she couldn’t get a vein to even pop up there, she asked me if she could look at my hands. Luckily one on the back of my left hand looked eager, and she struck crimson right away. (Bonus!  My  messed up nerves don’t feel much in my left arm.)

The downside is they use a smaller gauge needle for drawing from the hand, and it felt an awkward eternity to get those vials filled. In addition to just generally having my fill of medical procedures, I’m terrible at small talk.

Finally she got what she needed and bandaged me up. “Aww,” I said, “at least I get a cute Band-Aid out of the deal!”

Lab results just posted this morning. Everything looks fine. My appointment with oncology is rescheduled for June 13.

I have updates on the remodeling at Mom’s but I’ll have to write about that later. I’ve been sitting upright too long.

*In stark contrast to doctors and nurses who feel it’s their professional duty to not give a flying rip when you say 7 out of 10.