This is My Permanent Record 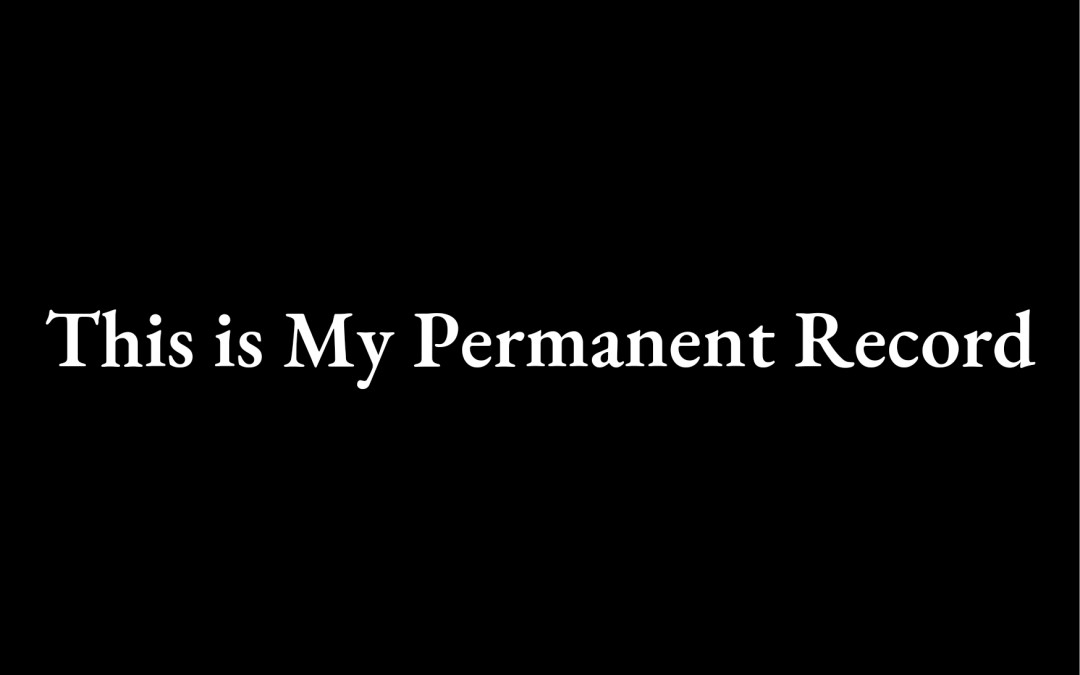 In case you were born yesterday, I’d like to preface today’s post by announcing that the permanent record doesn’t actually exist. It’s a lie. Like Santa Claus and his naughty list. Like being told that sitting too close to the TV will make you go blind. Like eating turmeric will prevent brain cancer.

The only permanent record we really have is the legacy we leave. This blog is my legacy, and from time to time I like to state things for the record.

This is one of those times.

After today’s continuation of the January 6 hearings and the testimony of Cassidy Hutchinson, I’d just like to point out that I knew.

I wasn’t the only one who knew, of course, but I don’t speak for anyone but me.

If you’ve read even the first few chapters of Who You Gonna Believe (it’s still free, btw) you might understand what I’m saying. But in case you haven’t read it and don’t plan to, allow me to explain *how* I knew, why I unequivocally denounced Donald Trump from Day One, and why I cut ties with people who defended him.

You see, “Rodney” (not my ex-husband’s real name) is Trump, but on a tiny scale. The differences are easy to see, but then so are the patterns.

Ahem. Not sure what made me think of that song.

So anyway, yesterday I said I wasn’t going to talk about the hearings here. And I mostly still mean that. I have no intention of rehashing details just so someone can “debate” me in the comments.

I just want to state very clearly and for my permanent record that:

The January 6 hearings might actually be the reason I’m sleeping better at night and not Animal Crossing.

People smarter than me are finally laying bare the entire truth.