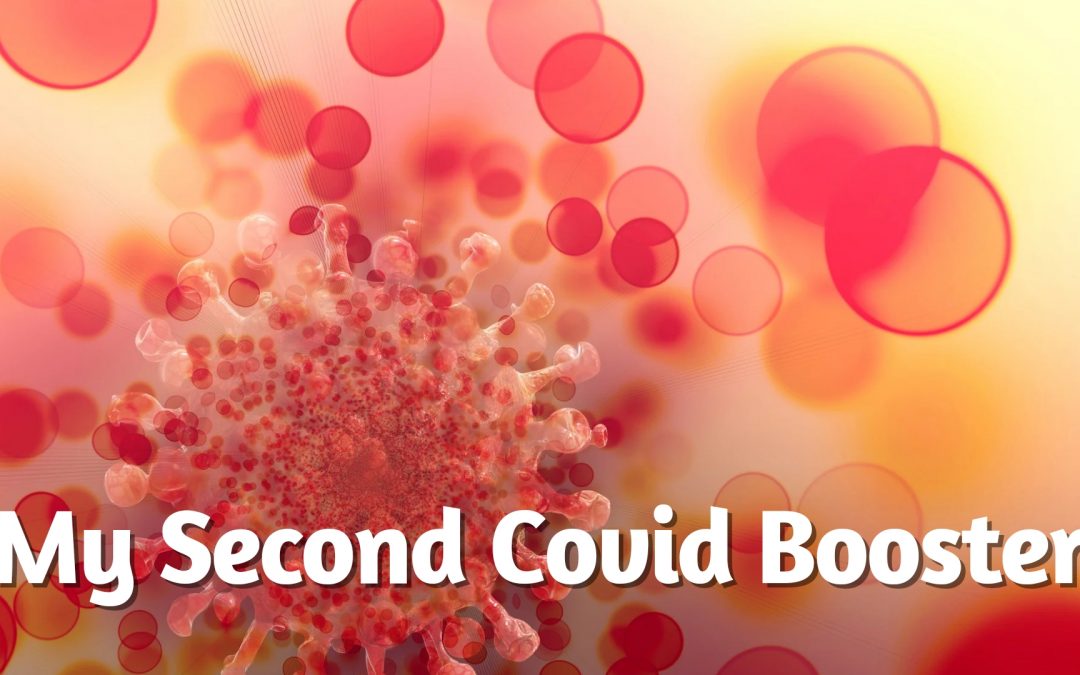 Mom says that work is still happening despite all the rain in the St. Louis area. The plumbers and electricians are making noise in her basement. Just one more item to add to the list of things I’m grateful for—not dealing with the sounds of the renovation. I’m sure it wouldn’t help to hear hammering and sawing while the effects of my second covid booster are wearing off.

Speaking of that second booster. I don’t feel nearly as tired as yesterday, but I do still feel like I am getting over the flu. Kind of achy. Suppressed appetite. Maybe that’s not too terrible for the cancer muggles, but you all know I have some, uh, health stuff going on.

Honestly thought I’d beat a lot of people to the fourth dose, but I was given Evusheld. I think the recommendation is to wait a couple of weeks after that for another vaccine if you’re due for one. Add the wait time for that to the various chemo and cancer complications, and yesterday was the first chance I really had to get caught up.

Speaking of vaccinations: Mom said she would cover the roughly $200 out-of-pocket on the second shingles vaccine for me when I get it. (Yes. It’s a lot if you’re on Medicare and under age 50. Just a heads up to any of my fellow immunocompromised and disabled folks out there who might need it.)

And a reminder to everyone currently healthy: heathcare in the US is still an abomination. I know when we’re blessed with decent health, we think it’s forever. But it’s not. Plan accordingly.

Because I’ve been so tired, I’ve been watching a lot of art documentaries on YouTube from bed. It’s amazing to me how completely contradictory two docs about the same subject can be. One will state nonchalantly that Van Gogh’s success wasn’t realized until after his death, and the next one in the queue will emphatically state that his lack of succes is just a common myth.

But success is arbitrarily defined, isn’t it? And it depends who you ask, doesn’t it? If Van Gogh had considered himself a success, there isn’t much evidence of it. Seeing how he died of a self-inflicted gunshot wound and all.

So philosophically speaking, are you a success if only you realize it? As long as others recognize it? How many others? And do others have to be your contemporaries or can others call you a success hundreds of years later because some big-shot commissioned your work in a time when mostly big-shots commissioned paintings? And does it matter how close to the end of your life you were?

Doesn’t really matter to me in the here and now, but I like to ponder things that don’t involve my own cancer. You know, as a treat.

I’m just rambling at this point, so I’ll wrap up with a link to the renovation GoFundMe and wish you all a happy Taco Tuesday. Burritos are also acceptable.