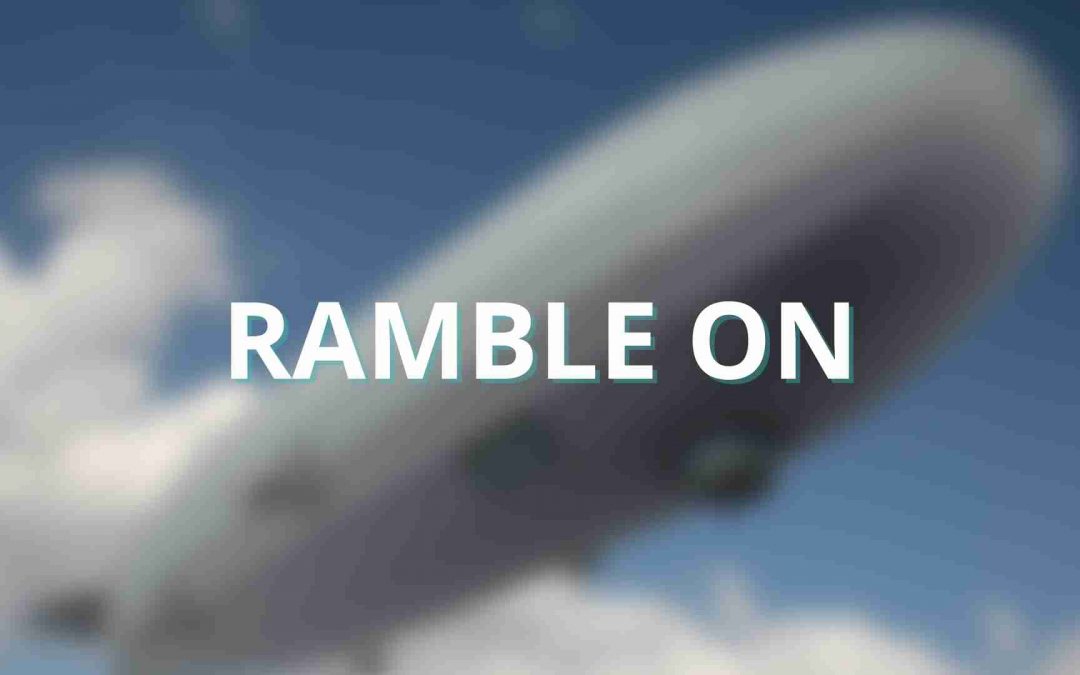 Apologies to Led Zeppelin for ganking the Ramble On thing.

This is the Monday-est Friday ever. Dan and I had to overnight some documents for the sale of the Old Digs first thing this morning. That all went fine. I mean, yeah, we were the only ones masked at the UPS Store here, but the cancer beanie and my walker at least earned us some personal space. (Dan gets annoying comments occasionally when he’s alone, but the upside to having cancer in my head and looking sick on the outside is that people don’t tend to harass me or the people I’m with about masking.)

Oh, Americans, don’t forget to order free Covid tests again if you need them. USPS is doing another round.

I’m already digressing. A sure sign that I’m not at the top of my game this morning.

After the trip to the UPS Store, I thought we’d get my favorite breakfast since McDonald’s was on the way home. However, the problem with ordering the caffeine I need to brain appropriately so early in the morning is that my brain hasn’t accessed the caffeine it needs to order caffeine.

In summation, I fucked up trying to order in the app. Then Dan had to go to the bathroom because full bladder plus wind equals ticking clock. So we came home and I apologized to Mom that I didn’t have her coffee because I can’t do things in the morning, and I ordered delivery from DoorDash instead of getting points in the McDonald’s app, because the app kept crashing. It was a whole thing, and I’m leaving stuff out for the sake of brevity. You’re welcome.

The important thing is that I’m caffeinated now, and Dan and I had a good laugh about Elon Musk and various other narcissists while we waited in the wrong McDonald’s parking lot for absolutely nothing. We talked about the time my ex-husand’s mom gave him an old Liberace LP and he couldn’t admit he liked Liberace when he was a little kid.

“He had issues,” I said. “I mean, my favorite song when I was five was ‘Baby’s Got Her Blue Jeans On.’ It’s funny. Why are there so many man babies?”

That last question there was rhetorical, but feel free to hypothesize in the comments.

I had trouble sleeping last night, so I listened in on the conversation journalists had on Twitter Spaces. If you haven’t heard, several reporters were discussing being suspended from the so-called Free Speech platform. Watching Elon and Twitter fall apart has been entertaining to me. Like that time Chris Christie, et al closed down that bridge out of spite, and I thought we’d reached peak Republican pettiness.

I’ve been called naïve a few times in my life.

So, yeah, narcissists. They ruin pretty much everything. Marriages. Social media websites. Democracy.

OMG. I just need to say those “trading cards” of T**** made me laugh so hard I cried. I mean, where’s the stick of NFT gum? Maybe it’s too hard to launder the money if there’s gum in his pockets?

I feel for people who were hoping they could hold on to Twitter and the friends they made there, for the small and small-ish business owners and freelancers who depended on connections there, but me? My whole life is just me pivoting when things go horribly wrong. I gave up on Twitter and moved to CoSo when the sale to Musk was finalized, and in retrospect I feel like even that was agonizingly too late.

I’m intentionally not going to link to certain things, but watching cable news or doing a web search should get you the details if you need to verify I’m not making the current event stuff up.