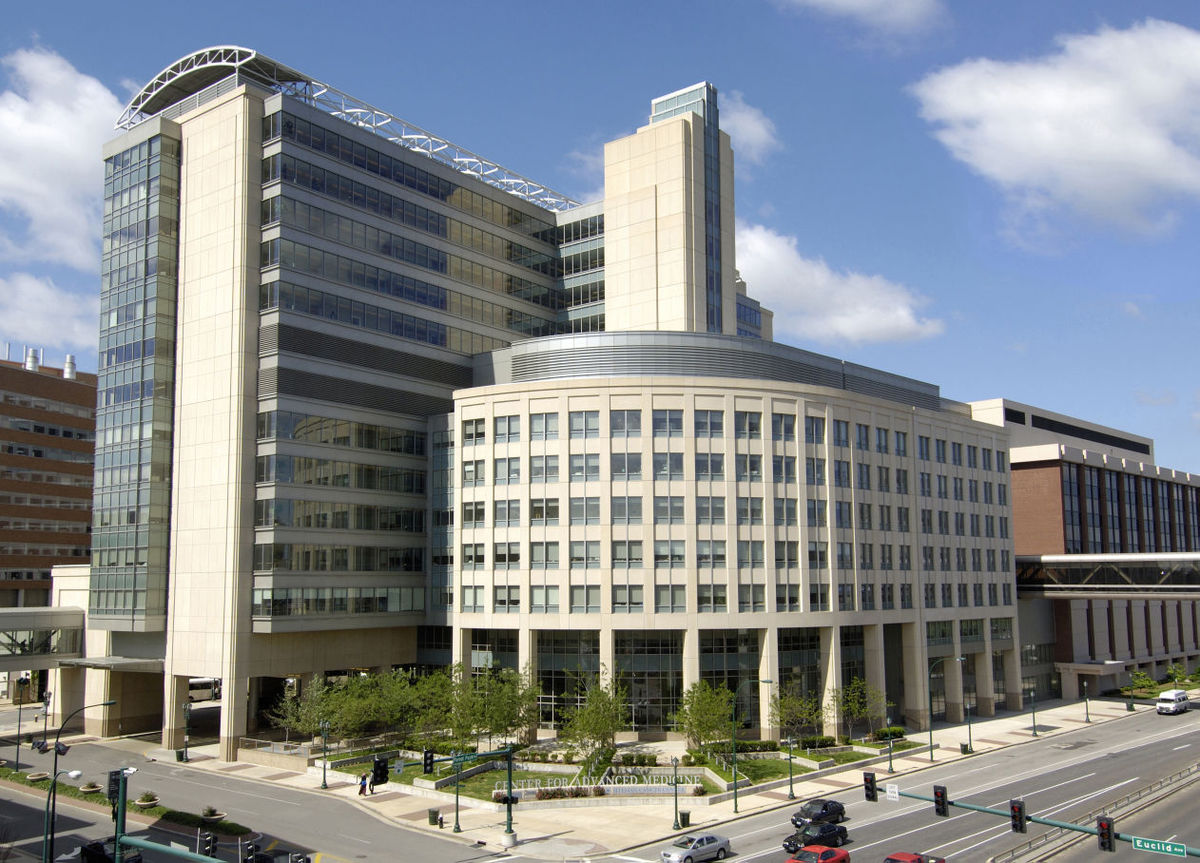 I had follow-up appointments with all of my brain tumor doctors earlier this week at Siteman Cancer Center. Posting a bare-bones update so I can keep people informed but not expend too much energy.

I got an all-clear as far as recovery from February’s brain biospy. I’m still frustrated with my progress, because I want to be perfect. But doctor is very happy with my progress and says I don’t have to go back to him unless something comes up. As a part of my medical team, he will continue to monitor my periodic MRIs.

The second dose of chemo (gleostine) will be higher than the first. Since I had the allergy to Temodar, he didn’t want to start me off with too high a dose of the new chemo and cause me additional problems. Things went well and my blood counts were decent, so my next round will be higher. I have the pills in-hand, but don’t plan to take them until Monday.

He’s given me the go-ahead to try tapering off of dexamethasone again with some flexibility to do the taper however my body can handle it. His only admonition was to go back on it immediately if I had any problems. No worries there. I’m not keen on ER visits.

I asked him about getting my flu shot this year, and he gave me his blessing with a caveat: get the shot on week 5 of my chemo cycle when my counts are the highest and my body is at its toughest.

*** Special Request: If you’re able, get your flu shot. Yes, even if you feel like you don’t need it. You are helping to protect people like me with compromised immune systems stay as healthy as possible. ***

He only needs to see me every other MRI, assuming my scans continue to look good. 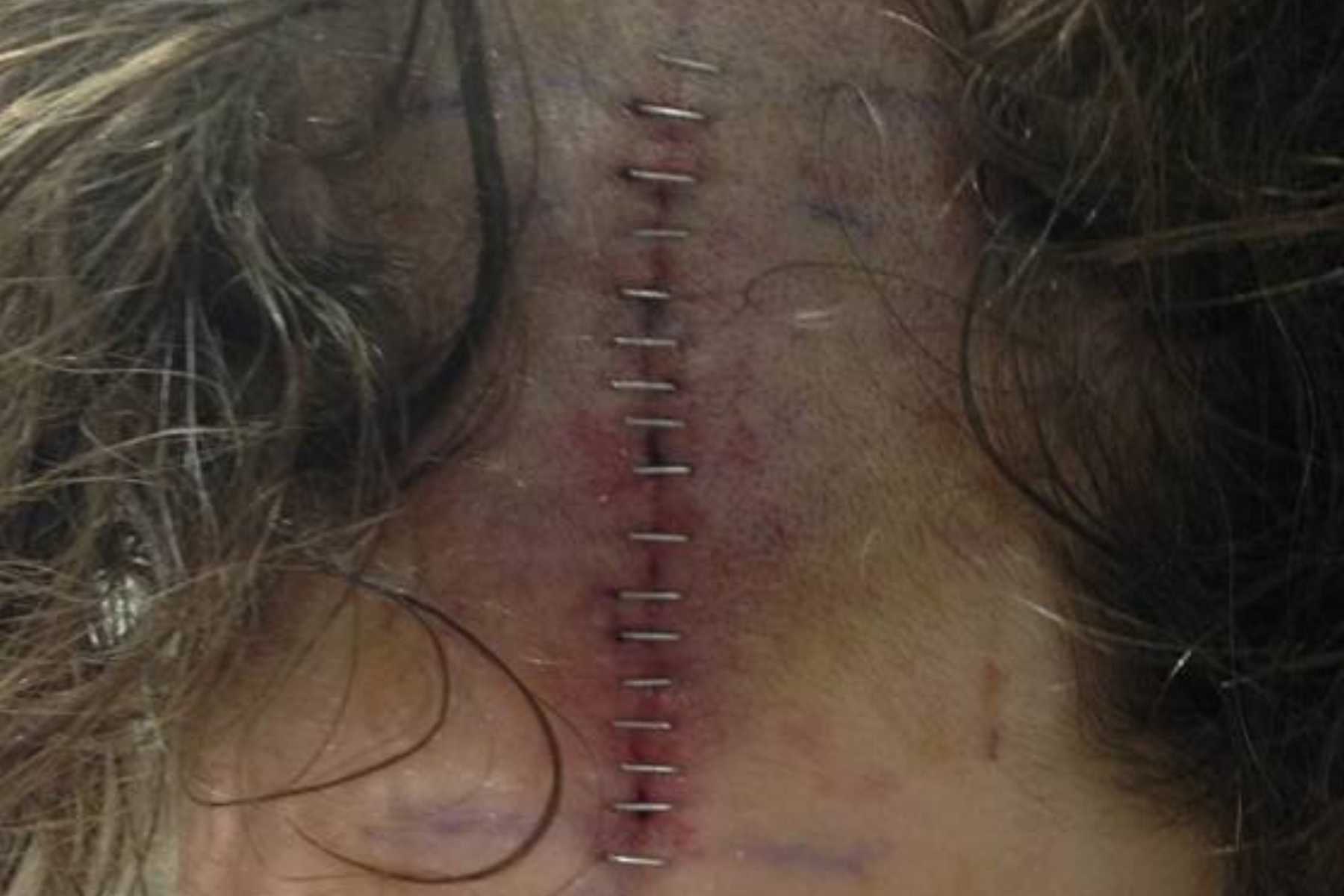 What a Difference a Brain Tumor Makes 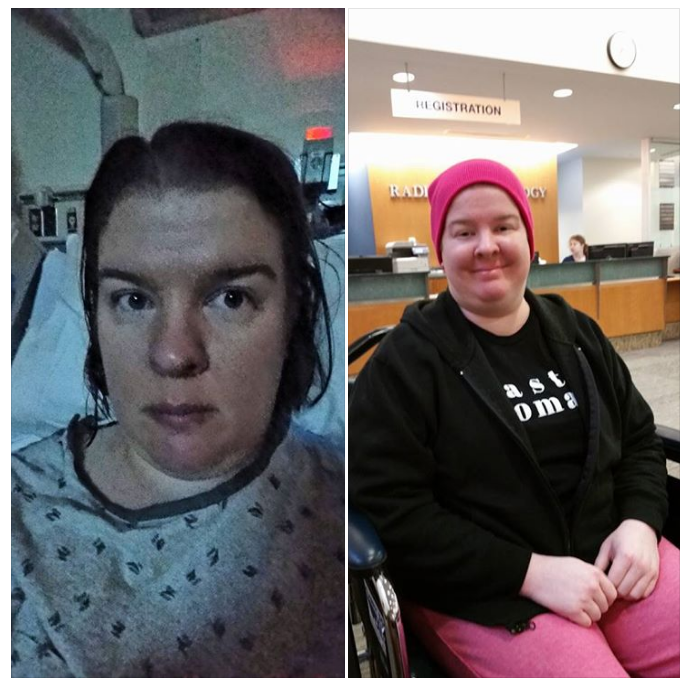 Getting nostalgic as I near the end of radiation. These pictures fascinate me. I don’t look like the same person and I don’t feel like either look like me! First one dated 2/13, the day I was discharged from the hospital and 4 days post-tumor biopsy. Second photo from 3/6, my first day of radiation therapy.