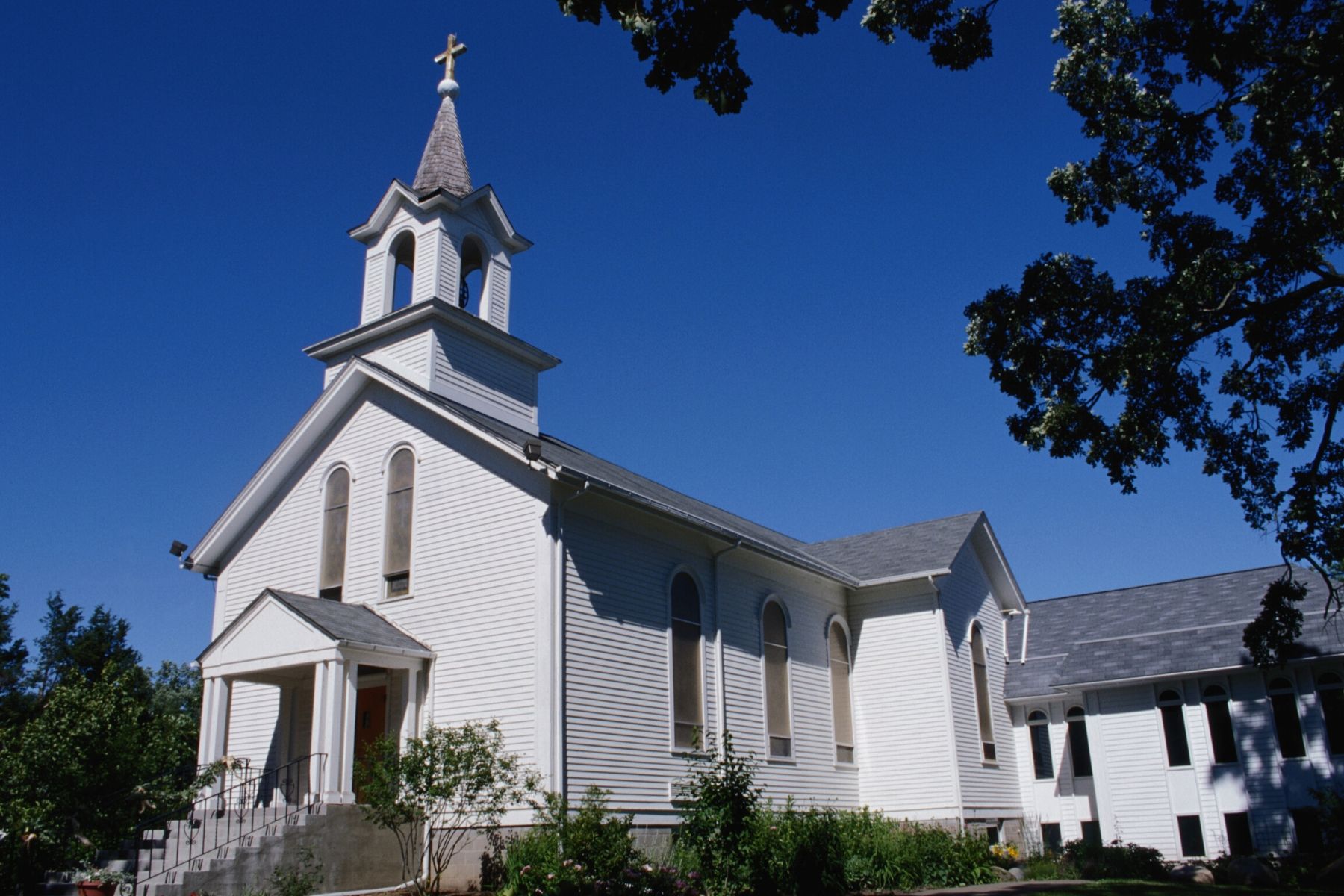 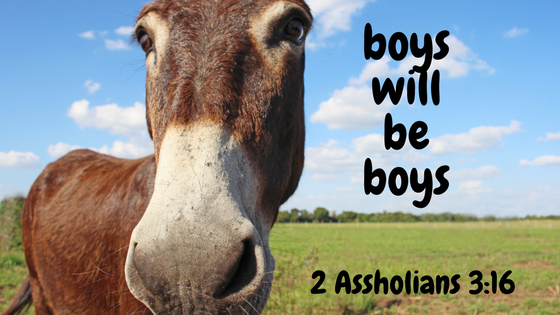 This is the earliest I remember being held accountable for something boys did.

Imagine, if you will, a Sunday School room in a Baptist church basement circa 1990. Pale blue cinder block walls and hideous multi-colored commercial carpet. A tack strip holding up a poster of a young girl, her hands in the air, her feet off the ground. At the top are the words “Forgiven and Free!” (Which for weeks I misread as saying “Foreign and Free” and I was so, so confused. Lolz. But that has nothing to do with this post.)

For this particular Sunday School lesson there are four people gathered around two folding tables pushed together. I, two male peers, and the teacher are all sitting in cold, metal folding chairs.

“Emily, will you read aloud for the lesson?”

“Sure.” I grab one of the church-provided KJV bibles on the table and read the passage—I don’t recall the exact chapter and verse. What I do remember, vividly, is that the passage contained the word “ass.” So, I dunno, Jesus might’ve been riding into Jerusalem or something.

I read “ass” out loud when I come to it, and the two boys just go into fits, giggling and snickering because “Emily said a cuss word.” And in church no less.

I say to myself, “Verily, God is gonna smite me.”

The teacher doesn’t address the boys for being disruptive or for being immature twits; instead she turns to me. “Emily, next time we come across that word, we’ll just say ‘donkey’, okay?” She’s firm in the way adults are when giving children a warning not to do a thing again. Using her next-time-there-will-be-consequences voice.

The boys straighten their faces and I nod. My cheeks are hot with embarrassment and I feel ashamed for having sworn in church. I wonder whether the teacher is going to tell my parents what I did.

I  held on to the shame for some time—years even. Deep down knowing that there was something unjust about what had happened but unable to name it. I mean, I was reading the section my teacher asked me to read…from a bible the church bought!

But now I know that boys will be boys and some people will let them.