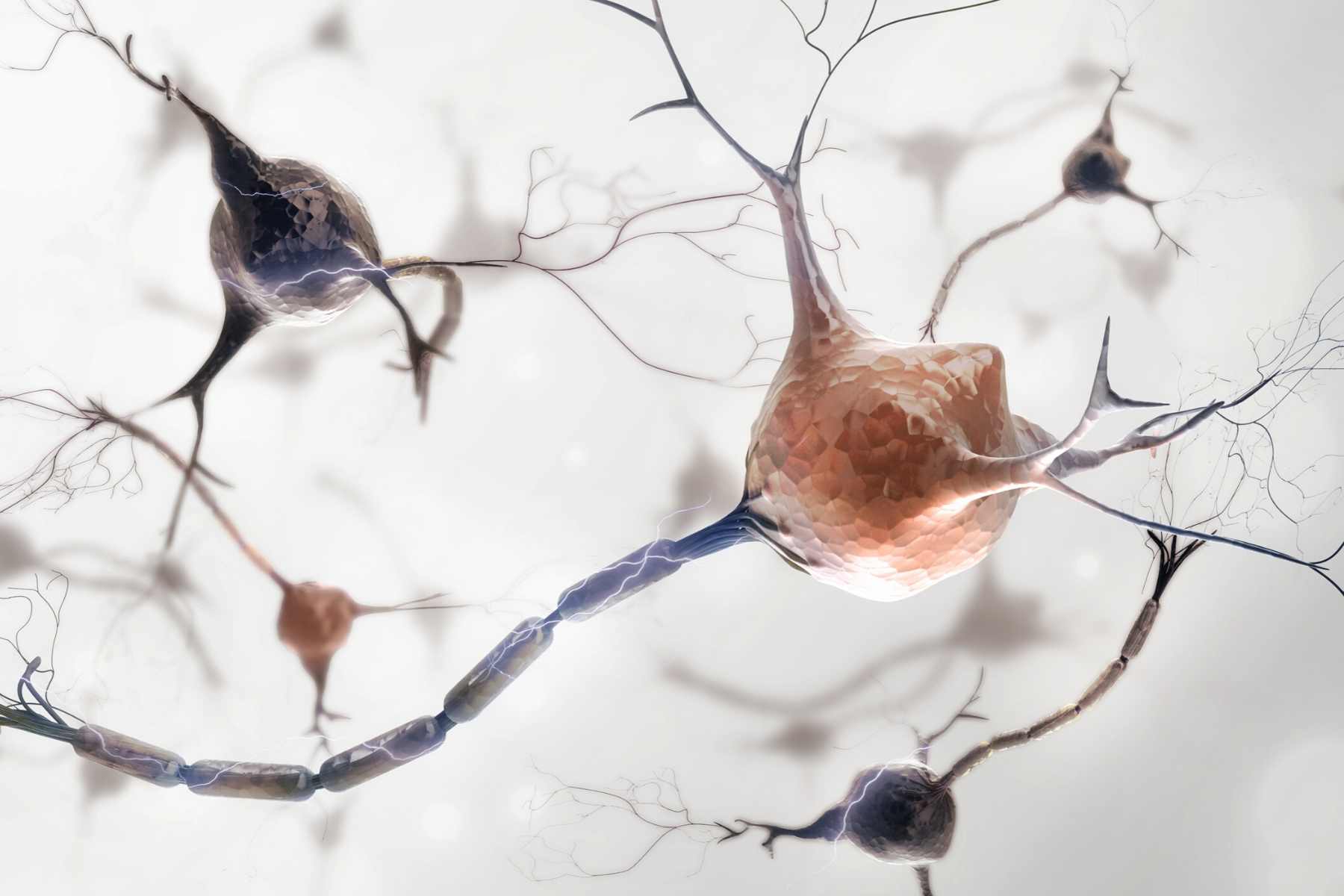 Why I Think My Autonomic Nervous System Shit the Bed

I didn’t need my morningtime wake-up kisses from Dan and Boomer this morning, because I was staring at the ceiling by 6:20 am, fully aware and urgently needing to pee. I squished my eyes closed and wished for what I wish for every morning: to stay in bed just a little bit longer.

That wish didn’t come true. My bladder wouldn’t be ignored.

“Babby’s* up!” Dan proclaimed when I made it to the living room. He put his hands on my shoulders and looked at my wild morning hairdo. “You’ve kind of got this ’80s thing going on,” he smiled while reaching out and gently patting my hair so as not to flatten it. “How are you?”

“I have POTS,” I announced without ceremony. (POTS stands for postural orthostatic tachycardia syndrome.)

He took his hands off my shoulders turned his head slightly and looked at me, one eyebrow a full inch higher than the other.

I should probably back up a little. Last week, I made some new Twitter friends in an attempt to embrace my fibromyalgia diagnosis. You see, life is not getting easier for me, it’s getting harder. And I fucking don’t know what to do about it. So I thought maybe connecting with other Spoonies** would be good for me. I joined #SpoonieChat last Wednesday evening, and made a lot of new internet friends. The discussion was nice, but not profound.

The profound part came a couple of days later when some of the Spoonies I had recently followed started tweeting with the #MedX hashtag. One patient, Kirsten Schultz, was gearing up for her trip to Stanford to attend the conference. I was in awe of her. She was getting on a plane, attending days of conferences, speaking, and advocating for other chronic illness patients, all while managing her illnesses.

I spent three spoons just imagining what it would be like to be in her shoes. And that’s not a flippant remark. As an empath, I seem to take on those kinds of burdens just by thinking “What if that were me?”

Anyway, I had never heard of the Medicine X event before, but I was curious and took in what others had to say about it. A day and a half into the conference, I learned there was a livestream. I listened in on a few presentations and tuned in again when my Twitter feed erupted in white-hot anger during an opioid panel discussion with Hurt Blogger Britt Johnson.

I learned so much from #MedX—even from my couch, and I hope to get around to writing about all of it, but the thing that’s most relevant to this post is that I was introduced to the In Sickness + In Health podcast.

The podcast has been around for about a year now I think, but I started listening from the very beginning. The first five episodes were interviews with people diagnosed with dysautonomia, a medical term that describes several medical conditions where the Autonomic Nervous System shits the bed.

In those interviews, POTS (one form of dysautonomia) was brought up frequently. The show’s host mentioned a couple of times that she had diagnosed herself with POTS, and then had taken her findings to a doctor for verification and treatment.

The symptoms associated with POTS sounded very familiar to me: vertigo, lightheadedness, fatigue, the inability to perform any physical activity without being completely wiped of energy. So I decided to research the condition online***.

What I discovered was that unlike conditions and diseases like fibromyalgia, lupus, and MS, POTS was very easy to diagnose. The criteria are pretty cut and dry. From Dysautonomia International:

The current diagnostic criteria for POTS is a heart rate increase of 30 beats per minute (bpm) or more, or over 120 bpm, within the first 10 minutes of standing, in the absence of orthostatic hypotension.

All a girl really needed to do was take her pulse after changing positions from lying down (supine) to sitting to standing. So I whipped out my trusty cell phone with its heart rate sensor and went to town. (I have moderately high blood pressure that my PCP has been hinting needs medication. Orthostatic hypotension was easy to rule out.)

Holy shit! This is why I want to spend all of my life lying down!

Monday afternoon around 2:00 pm, I took a break from work to lie down on my bed and rest. Rest time is something of a ritual for me these days. Using my phone, I took my pulse: 75 bpm. I congratulated my heart for beating so normally.

Then I stood up next to my bed and took my pulse again: 114 bpm.

I wasn’t walking around. I wasn’t dancing. I wasn’t scared. I wasn’t doing anything but standing still and holding my finger against the sensor. I’ve read that most people notice an increase of only about 10 bpm when standing, so an increase of 39 bpm seemed noteworthy.

I took my pulse all day long Tuesday with similar results.

Then this morning, I got out of bed to respond to that insolent bladder I mentioned. The familiar whoosh of dizziness washed over me when I stood up. I wonder what my heart rate is right now, I thought. So I picked my phone up from the nightstand at 6:30 am: 140 bpm.

Perspective? Target heart rate (THR) for a 36-year-old person during aerobic exercise is 92 to 138 bpm. When I stand up, my body seems to think I’m doing strenuous exercise.

By 6:33 am this morning, I had all the data I needed to diagnose myself, but I kept logging data for the sake of logging data. Sitting on the toilet peeing: 106 bpm. Back in bed to catch my breath (because walking five feet to the bathroom and peeing is hard work, apparently): 83 bpm.

Bed felt so good, I felt so wonderfully unburdened lying down****.

“I’m serious,” I said to Dan, going over the numbers. “I am diagnosing myself with POTS.”

“But you’ve thought you had everything figured out before.” He was skeptical with just a hint of condescension. He tires of my constant yapping about my body, probably because he’s been fighting his own battle with chronic illness for over 20 years. I don’t blame him at all.

He’s “lucky” though; he has the mangled joints, psoriasis, and blood work to prove he’s sick. Whatever I have going on, it’s seronegative*****—meaning there are no definitive markers in my blood—and the only visible change in my body is that now I’m fat and sometimes moon-faced. Doctors shoo me away and tell me to exercise. Their mouths don’t say psychosomatic, but their body language does.

I squelched my anger. Dan was right, in a way. I had suspected that I had celiac disease when I temporarily felt better after going gluten free. Then when I went through GI testing for my IBS (that’s a pretty way of saying I was constantly shitting water) I was sure that the results would reveal I was intolerant to lactose or fructose or that I had small bowel bacteria overgrowth or all of the above. Those tests all came back negative.

I didn’t push the POTS thing with Dan much after that. I’ve got like two spoons right now and an eight-hour workday with virtual meetings to fit in before I collapse this afternoon. Using my brain to justify POTS—even in light of the actual data I have—is futile. It doesn’t pay the bills or put food on the table. In fact, it prevents me from doing those things. So I dropped it rather abruptly.

“Sounds like you need to talk to your doctor,” Dan met me halfway.

“Requested an appointment yesterday through the patient portal,” I replied.

* This is spelled correctly. The term “babby” comes from this internet gem.
** Spoonies are people with chronic illnesses who identify with Christine Miserandino’s Spoon Theory and use it to explain their fatigue to healthy (or non-chronic) people.
*** I get a lot of grief from people for using Dr. Google to self-diagnose. If you are one of those people, fuck you. Get a mystery illness, sit in the exam room while your doctors fat shame you or call you anxious, and then tell me how you still think there’s nothing to be gained from patient stories, pubmed.gov, and  MedX discussions.
**** According to Dysautonomia International, the disability caused by POTS is compared to that caused by COPD or congestive heart failure.
***** My only positive result was for an antinuclear antibody (ANA) test, which is inconclusive because some healthy people test positive for it too. But I clearly am not healthy, and it doesn’t logically follow that I am fine because some healthy people test positive for it too.