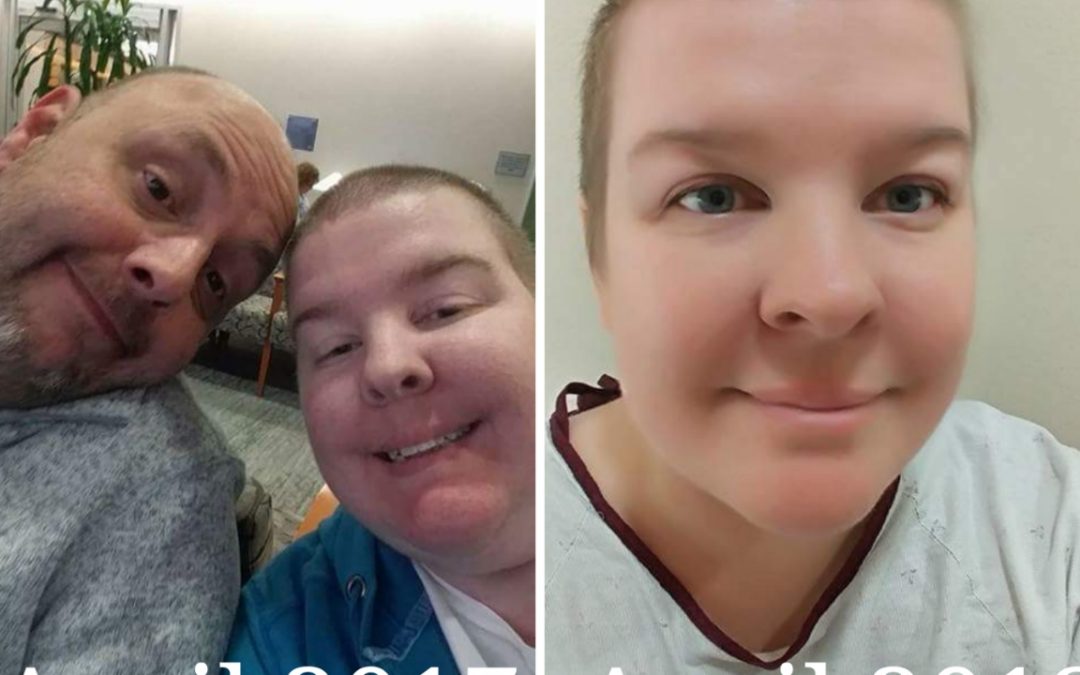 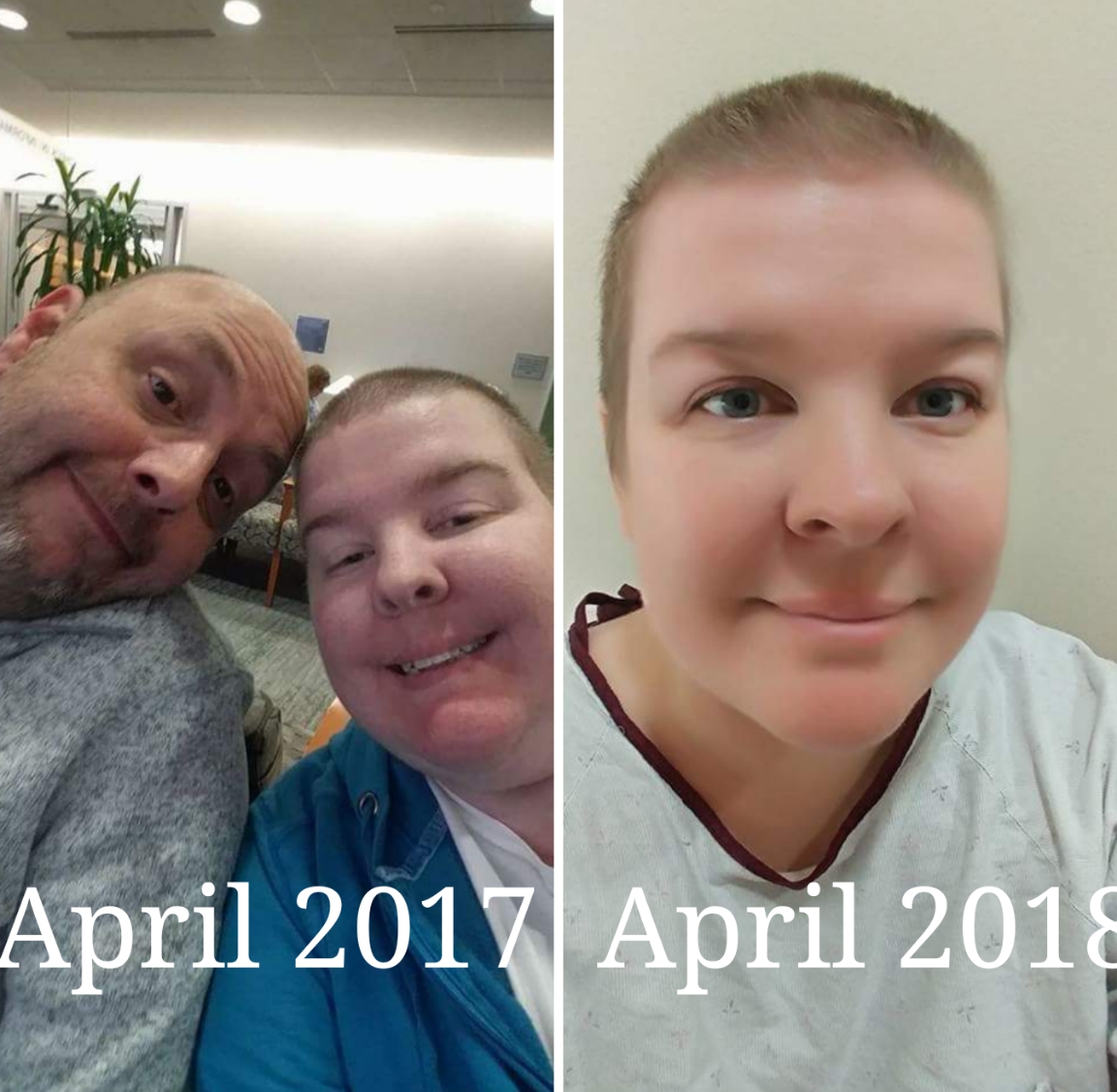 It’s been one week since the doctor told me I was done with chemotherapy. Here’s a recap of how I got this far. I’ll write more about what happens next and how I feel about everything in a future post.

Got my CBC results yesterday, and my platelets were 93. Close, but not quite the 100 we were looking for, and my doctor is a bit of a stickler for these things. That means Chemotherapy Round 6 is delayed by yet another week, pushing me about three weeks past the ideal six-week dosing.

I currently have mixed feelings about the delay. I mean, I really want to get done with all the chemo crap. This roller coaster of feeling like a steaming turd and then being throat punched by another dose of gleostine just as I’m starting to feel human again is making me cranky.

But! Going this long between doses has also given my wrecked body a little bit of a break. My appetite is better, my energy is up slightly, my neuropathy is less intense, and my dehydration is manageable with enough sports drinks and electrolyte pops. As a result, I’ve had just enough energy to accomplish a few necessary items on my to-do list—including renewing my driver’s license and getting an eye exam.

Not that I drive right now.

I’m lucky in that I don’t have seizures and my doctor has not revoked my driving privileges, but I’m not comfortable driving. I get vertigo looking left or right, and I still don’t have full range of motion when turning my head. I find the thought of getting behind the wheel really unsettling. But I thought it would be easier to keep my license current than let it lapse.

And now it’s back to trying to get a standing order for IV fluids. (I love my team at Washington University, but they’re kind of far away. Things get complicated when it’s time to coordinate the little stuff that needs to happen close to home.) 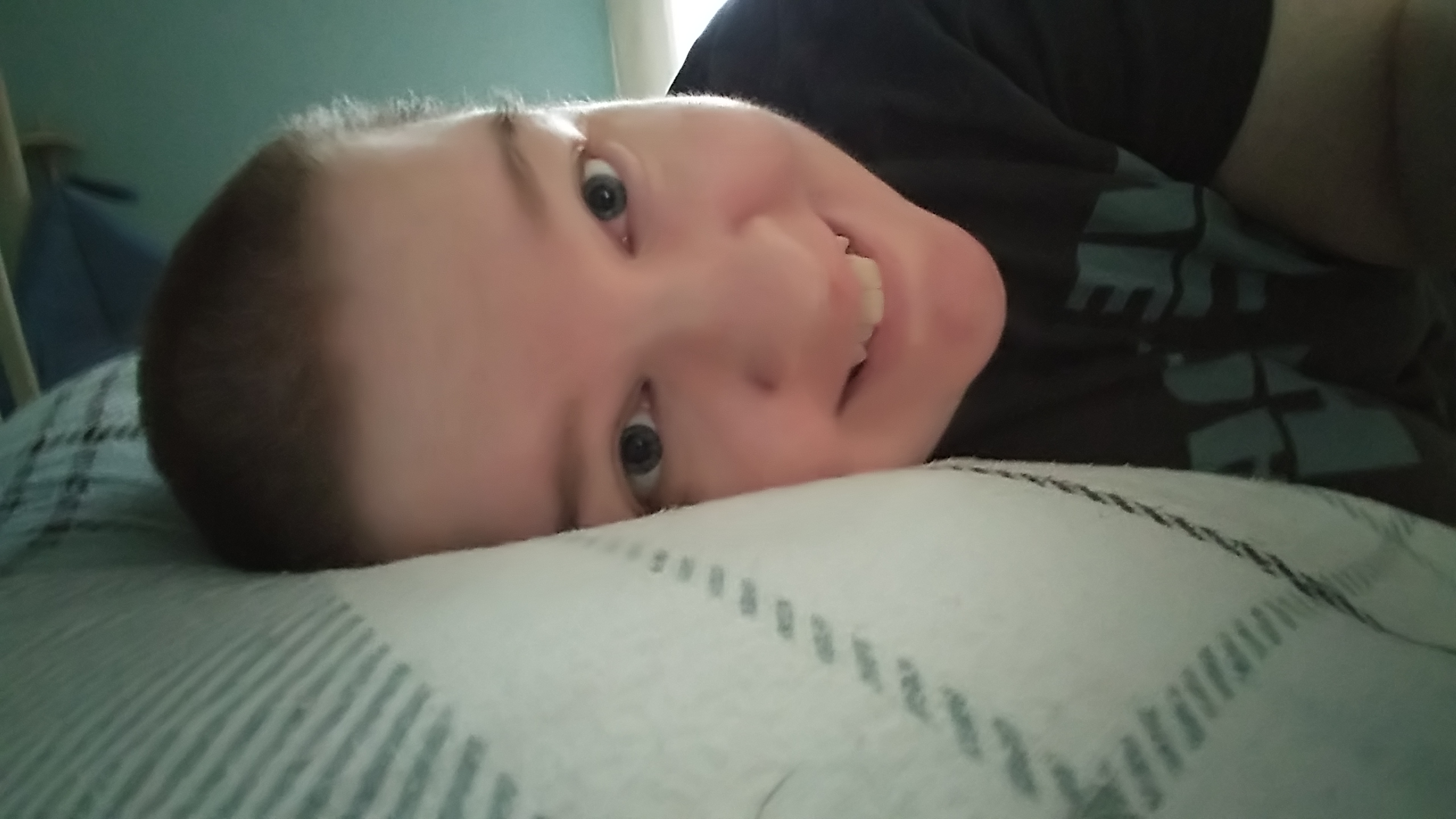 Chemo Round 5 Is Complete

I’ve for sure got the pounds to lose right now, but I’m concerned about sustaining this through the rest of my treatments, because I’m not in control of this loss. It’s just one more thing that’s happening to me.

This round of chemo was the worst to date, and I’m confident it’s because I didn’t have the steroid to mitigate the side effects.

One side effect of the chemo that I haven’t mentioned before (because I was only sort-of aware of it) is a crushing depression and anxiety.

Anxiety asks: What if this god-awful hell isn’t temporary like you think it is. What if you can’t get the chemo out?

And Depression answers: Of course it’s permanent now. Since when did you become such an optimist, Anxiety?

And then I’ll read about someone in my brain tumor group having their tumor 97% cut out and I’ll cry to Dan. “They can’t cut mine out. I have to keep it.”

It’s rough. Some days this thing reduces me to a five year old that doesn’t understand why she doesn’t get presents at her friend’s birthday party too.

Other days I’m like, “Want to see where they cut my head open?”

Anyway that depression goes on for the last 24 to 48 hours of chemo week, and then I wake up on the 8th morning with the cloud gone, and I’m chatty and happy and smiling. I feel sort of silly for being so emotional.

But that’s cancer. And that’s chemo. 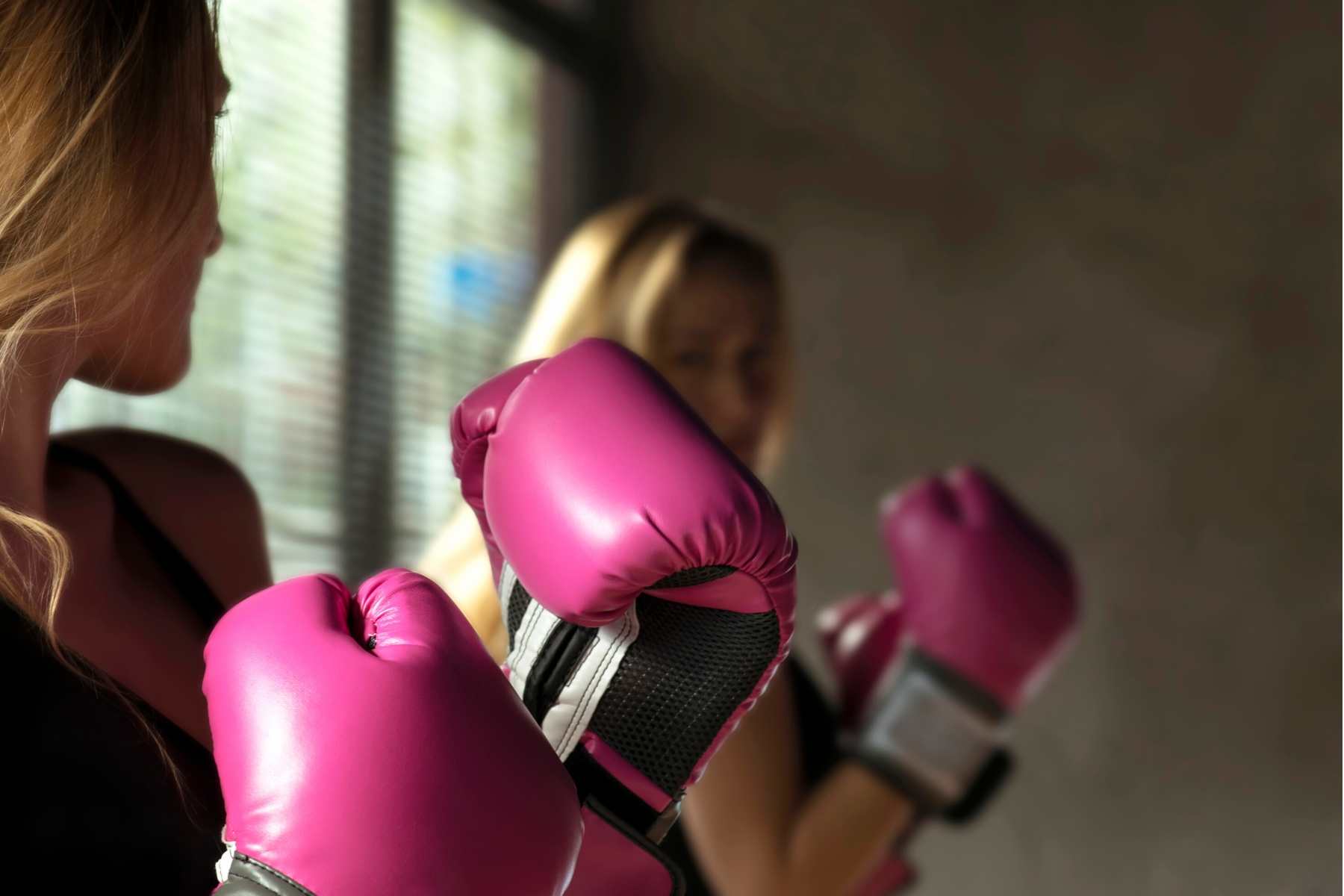 Last month when I completed chemo round 4, I did it at Mom & Dad’s to give Dan a couple of weeks off from caregiving.

It was the first chemo week were I had zero GI distress on the Wednesday following taking Gleostine, so naturally I was obsessed with why that time was different.

“Mom buys different yogurt,” I told Dan. “I was reading the labels and it has different active cultures in it. Buy me that Jamie Lee Curtis junk next time.”

When you’re on chemo you get lots of people telling you how much you need to eat yogurt, but they don’t really bother to say which kind. I switched to Activia at home. No GI distress for round 5 either.

I have at least one thing to celebrate.

The rest of round 5 has been difficult. Being off the dexamethasone is a two-edged sword. I’m losing weight, but my appetite is crap. Not eating plus not having the steroid is making me even more weak and tired. Something I thought was a physical impossibility.

Food is mostly gross right now, and there’s little rhyme or reason to what I can stomach and what I can’t. Generally, the warmer the food, the more it smells, the more it makes me want to hurl.

But eating cold food in the winter gets old fast.

And most of the time I just feel too tired to eat. Like moving my jaw to chew is just too much to ask of myself.

Also the word “chew” made me feel sick just now.

I should be coming to the end of the worst part of Chemo Week #5 soon though. And I managed to venture out into the back yard today for a few minutes.

It was a little too windy to not be cold, but the fresh air was good for me. I’m in need of an early Spring. If you see that groundhog, pick him up by the scruff and threaten to replace him with a marmot unless he does the right fucking thing. 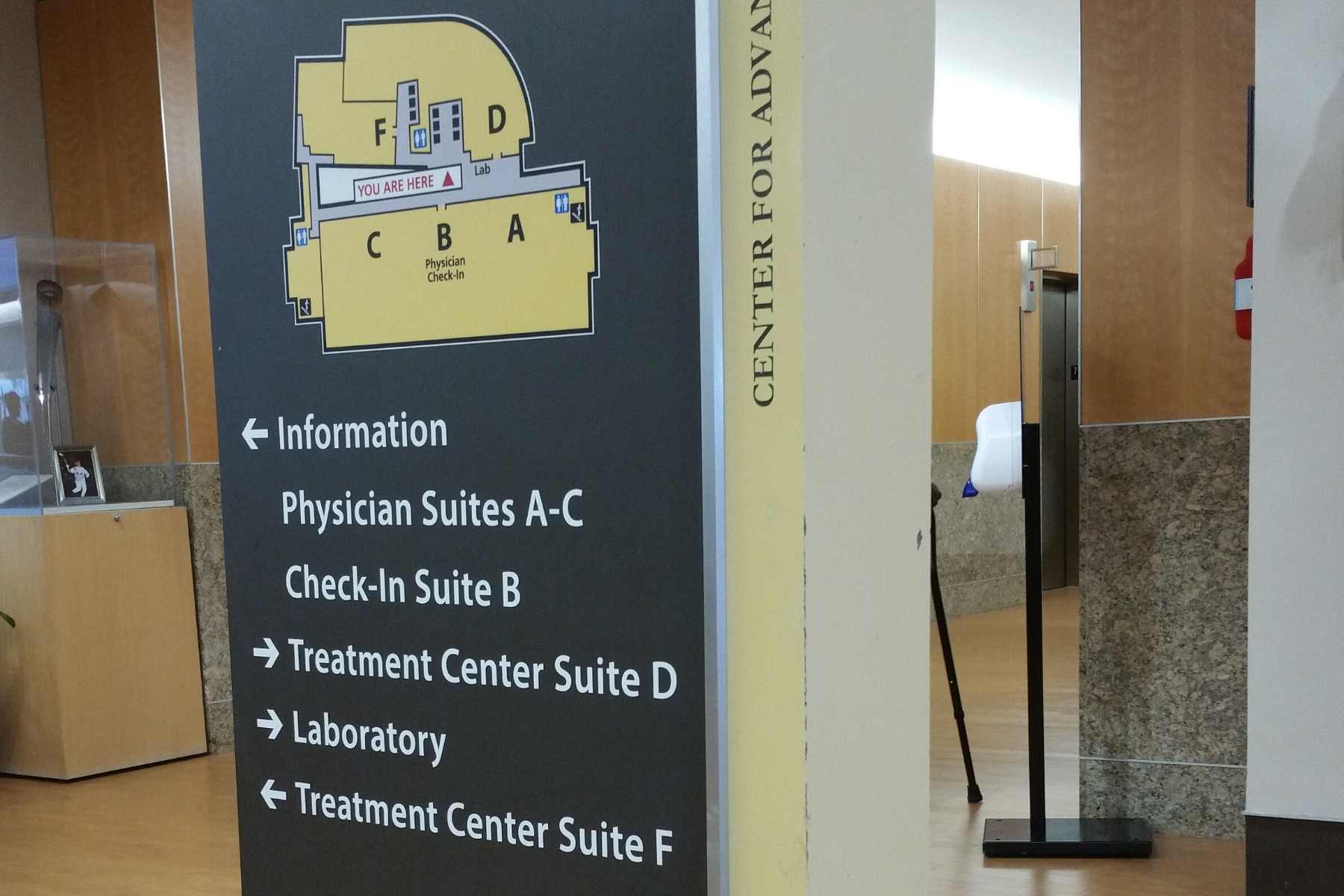