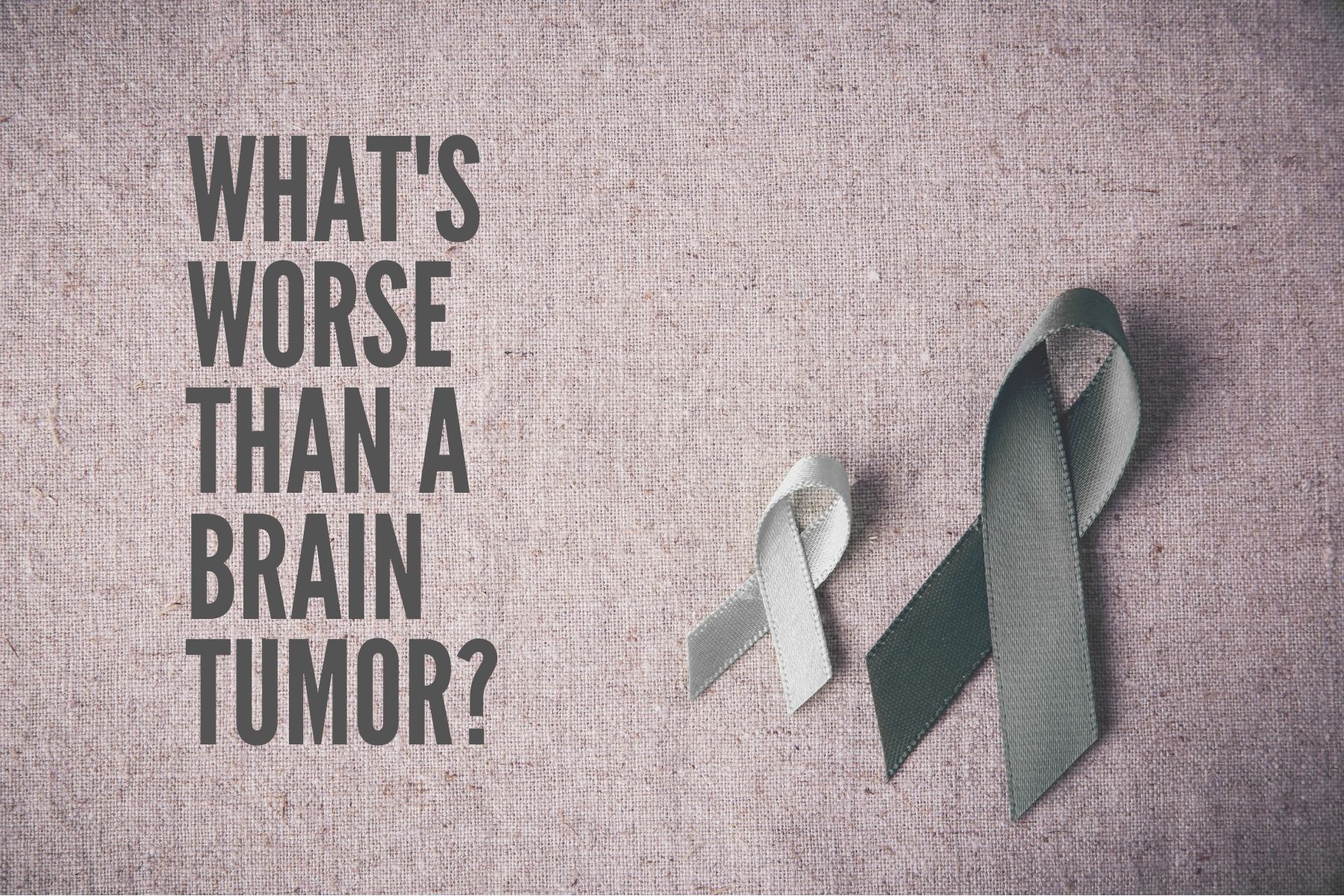 Q: What’s Worse than Having a Brain Tumor?

A while ago I got a message from my Wahington University Physicians patient portal that they were switching over to a new system and that I should make copies of any documents in there I wanted to keep.

It took me a few weeks, but I finally got around to saving some of those documents. I put the MRI, cytology, and surgical pathology notes in a folder on my laptop, skipping over the dozens and dozens of blood lab reports.

The new files from Wash U now live with a shitload of other visit summaries and procedural notes I collected from years of trying to find out what was wrong with me.

Halfway through this monumental task, I came across the report from my very first MRI on February 2, 2017. The title of the report read: “MRI Cervical Spine and Brain With and Without Contrast”. A few lines down it said “INDICATION: Weakness, clonus, abnormal gait.”

It’s hard to put my finger on exactly why the tears started flowing, but it’s a little bit relief that someone finally figured out was wrong with me, a little bit gratitude that I was still alive, a little bit revisiting the trauma of being told I had a brain tumor, and a whole lot of emotional damage from being treated like an attention seeking liar.

If I could, I’d give BDE a big hug and say, “Prepare yourself. That physician’s assistant is going to roll her eyes at you because you asked about the possibility of a seronegative condition. And the implication will be that you don’t have the proper medical training to use the word seronegative—not like she does. And when you burst into toddler-like sobs because you can no longer help your husband with household chores, she won’t get it. She will mistake your grief over your accumulating disabilities as a cry for help. ‘Are you safe at home?’ she’ll ask.”

I’d also tell her about the doctor that was going to gaslight her over her weight gain. “Cymbalta adds three, maybe five pounds at most.”

“Another will ask you to explain why you don’t walk right, even though he has the fancy tests and the training to find the answers.

Another doctor would attribute one of BDE’s abnormal test results to an issue with a device and never tell her about it. “You’ll overhear her tell the technician ‘That can’t be right’ and nothing more will be done until you can’t walk and have to be wheeled into the doctor’s office.”

“You’re going to be so angry and hurt,” I’d tell BDE. “You’re going to want to sue the worst of the people that failed you. But you’ll be too tired, too emotionally depleted, too financially strapped to even ask a lawyer if you have a case.”

I can’t finish this post right now, but I feel like it should end with someone shouting LISTEN TO WOMEN.