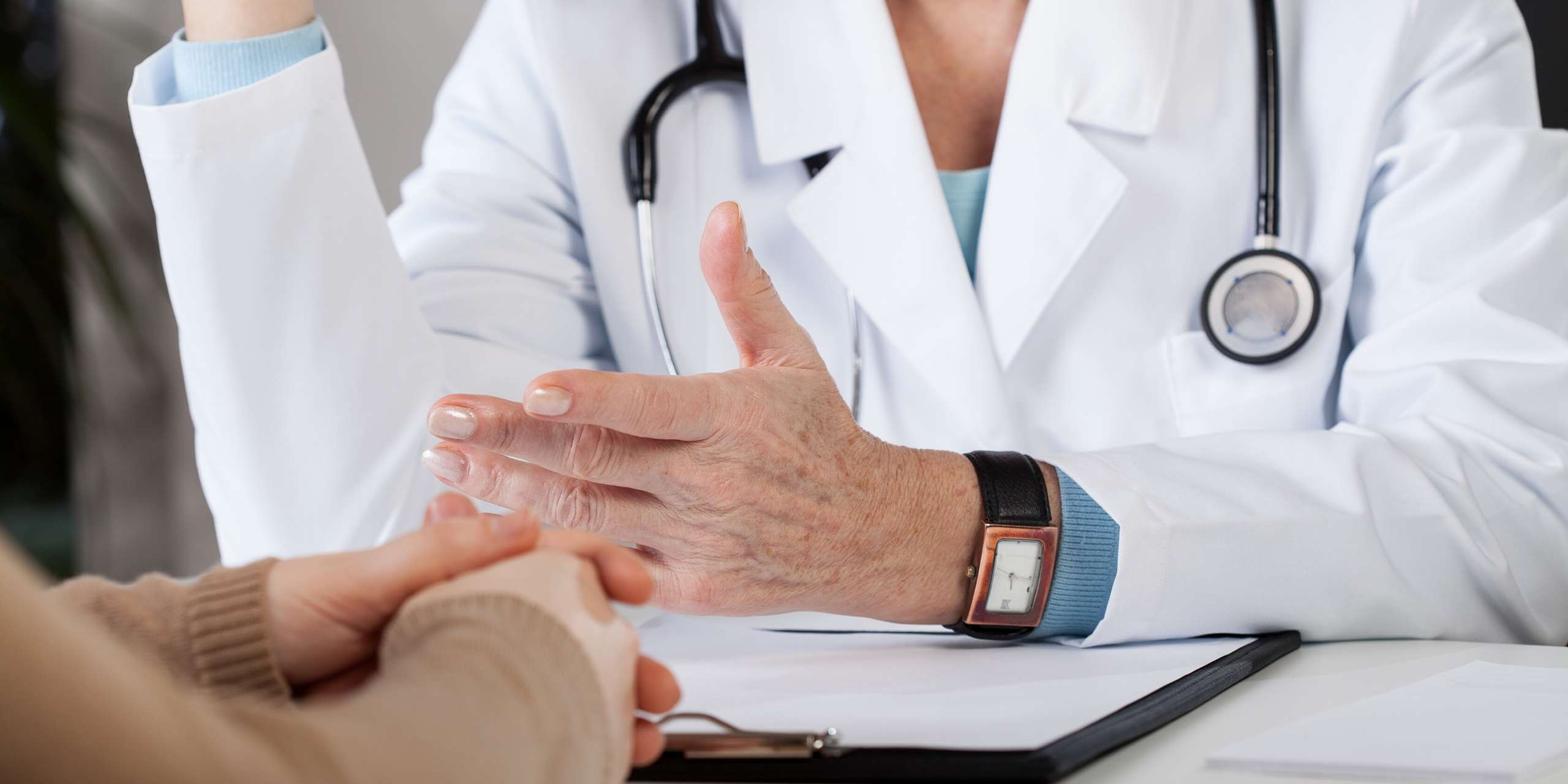 How to Get Your Doctor to Listen: Tips from a Patient Who’s Been There

As a patient who was horribly misdiagnosed (they told me I had fibromyalgia but it was really a brain tumor) for more than two years, I learned a thing or two about how to get your doctor to listen.

Going through life with a misdiagnosis—or no diagnosis at all—is as hard to bear as whatever’s ailing you. Not everyone is born a self-advocate. It’s something we must learn and practice.

So here’s what I’ve learned. I sincerely hope it can help you too.

Why Won’t Your Doctor Listen?

It may be that your doctor, though well-intentioned, isn’t picking up on what you’re telling her. Or maybe you’re not communicating as clearly as is needed. Or, you know, maybe your doctor is just an asshole. (I’m telling you some of them are.) For me, it was a little bit of everything.

First, let me assure you that if you are currently facing this struggle, there’s a good chance it’s not your fault. There’s also a good chance you’re a woman. The problem of sexism in health care is long-running and systemic.

According to Prevention, for example, women are 50% more likely than men to get a wrong diagnosis after experiencing a heart attack, and hysteria wasn’t removed from the DSM until 1980.

But as the world can attest, cutting ridiculous junk from a manual doesn’t automagically remove stigma and prejudice from a profession or a populace. From psychology to surgery, health care is still plagued by crap assumptions that undermine the care of women.

And it’s not just the old white guys who are guilty of perpetuating harm—women doctors do it to women patients, families and friends do it to people they love.

My Misdiagnosis Story in a Nutshell

For me personally, the trouble started because I was a woman in my thirties presenting with chronic pain. It was generalized, meaning I hurt everywhere not just my elbow or my neck. And because the pain prevented me from being active, I was also gaining weight.

Before a single drop of blood was taken, a nurse practitioner told me I probably had fibromyalgia. I was tested for arthritis and a handful of autoimmune issues straight away, then referred to a rheumatologist the following week.

When the blood test results were wholly unremarkable, the rheumatologist presumed me to just be a pudgy, complaining woman in need of antidepressants.

Unsurprisingly, he officially diagnosed me with fibro, a condition with a unique and horrifying stigma all its own. And when his (mis)treatment plan failed to help me, he put the blame squarely on my shoulders. His demeanor toward me turned hostile, he communicated with me like I was an ignorant, troublemaking child, and he was outright belligerent when I asked him questions.

How dare a uterus-having technical writer ask if maybe Cymbalta wasn’t The Answer.

That’s when I knew without a doubt my rheumatologist was a lazy stinking misogynist, which brings me to my first bit of advice.

Tip 1: Fire All the Assholes

Yes, I know what I’m saying is very difficult to do in a lot of cases. Restrictive insurance networks, a limited number of doctors in your area, and sheer exhaustion from your illness can make finding a new doctor all but impossible. But your health is the thing, and you can’t protect it if you keep leaving it in the hands of an asshole.

Cry because it’s hard and unfair. Absolutely do that. But then remember that you don’t have to solve the problem in one day. Promise yourself to look for a better option and jump at the opportunity when you find it.

Not all my doctors were so lazy and horrible, but by the time I was ready to give another doctor a try, Dr. Asshole had already done his worst.

He was given the benefit of the doubt at every subsequent doctor appointment I had for the following two and half YEARS, and at least a dozen more MDs and PAs and NPs tried their best to persuade me I really did have fibro after his misdiagnosis.

It’s maddening if you think about it too long, but medical professionals—even fired ones—are always presumed to know more about being sick than the people who are sick. You’ll need to mentally prepare yourself for this reality before every appointment.

Meanwhile, I continued experiencing symptoms that didn’t really fit with fibro. The unexplained haunted me, and I got sicker. I surfed WebMD and Dr. Google and tried to diagnosis myself. When I asked doctors about the things I’d learned, it didn’t go well. If I wasn’t ridiculed on the exam table, I was politely ignored.

There were days when I felt like I just couldn’t do it anymore, so I didn’t. I took time off from going to appointments and even scheduling appointments until I recovered enough strength to deal with more heartache from doctors—people I was taught to trust with my life. I told myself I’d go again when I had the energy to communicate without bursting into tears.

And, yes, I did break down a few times. It’s inevitable, dear human. Don’t beat yourself up about it like I did.

Tip 4: Ask To Rule Out Diagnoses

I had infinitely more productive appointments when I stopped asking “Could it be X?” and started asking “Can we rule out X?” I don’t see why such a subtle change should matter so much, but it did.

We can be our own worst enemy when we take in and internalize bad messages from external sources. Sexist and ableist ideals can ooze out of us without our realizing it. We can be gaslit by medical pros without seeing the harm because we’re taught to treat them as authority figures or saviors instead of trained diagnosticians paid to do a job.

Mull it over for a bit and see if you’ve fallen into traps that affect your ability to self-advocate.

That asshole rheumatologist I mentioned before? He’d only ever seen me fat and just assumed I was lazy and overeating. He had no idea that less than a year before I was running 5Ks on the treadmill or completing a Jillian Michaels’s Shred workout in my basement five times a week.

Still, I had to fight like hell not to let him gaslight me. He nearly had me convinced I was fat and lazy and my pain was imagined.

Tip 6: Take Someone with You

I’m as independent as the day is long, and I’ll tell you I hated bringing my husband to appointments with me at first. Not because I minded him being there, but because IT SHOULDN’T FUCKING BE NECESSARY. (Ahem, sorry. This will always be a sensitive subject for me.)

However, when I couldn’t put my own underwear on or get myself out of the bathtub anymore, I relented and asked him to join me at my next appointment. Being stubborn about it might’ve killed me, looking back on it. Anyway, having a man in the room changed the way all my doctors behaved. Some definitely more than others.

Turns out it would later become absolutely essential for Dan to attend my appointments. The point is that I probably should have asked sooner than I did, given how the world works.

Tip 7: Connect with Other Patients

I know there are patients out there with different perspectives who have learned things I haven’t. I encourage you to seek them out. There’s an entire community of doctors and patients on Twitter, for example, who are constantly sharing what they know. Seek them out.

And if you’ve got a story to tell, questions to ask, or tips to share, please comment on this post for the benefit of others. We’d love to hear from you!