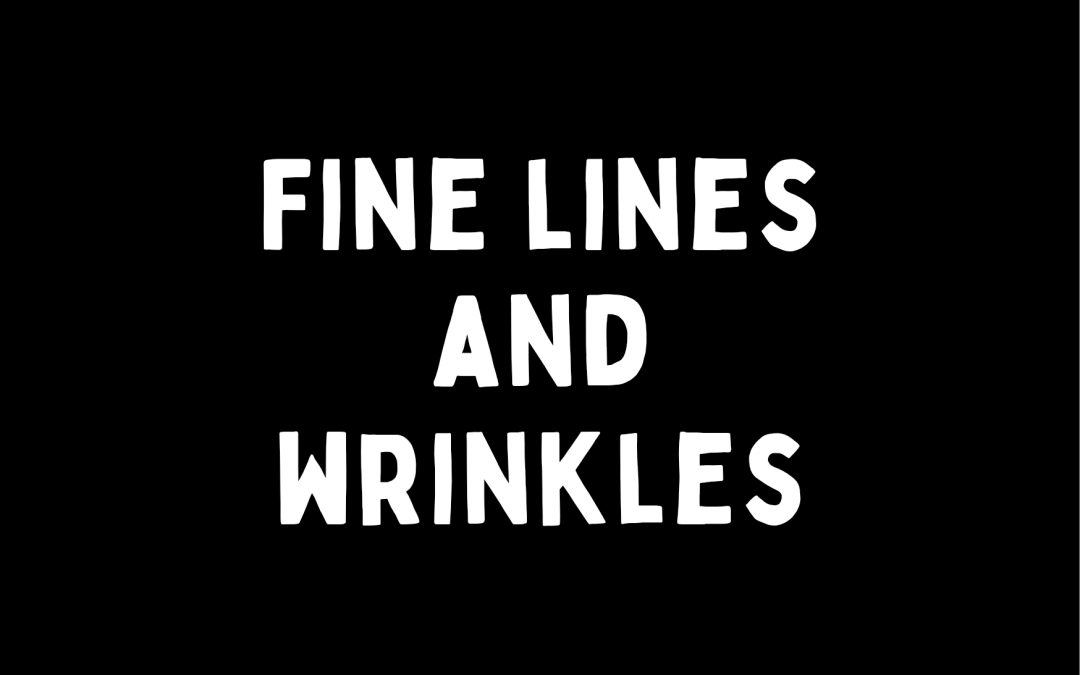 I’m reading this morning that there are more than 30 empty folders at Mar-a-Lago. Does Target have a better security system than our government?

How many times have I been stopped at the door and had my receipt verified after buying razor refills or had my ID checked for buying whiteout fluid or been told I had to get my Sudafed from behind the counter while. they. put. my. name. on. a. list?

Don’t get me wrong. I’m not saying that stealing and making meth are solid life choices. I just hope to Gandalf someone saw this coming and Jared got $2 billion for selling crayon pictures of the Pentagon drawn by some four-star general’s grandson.

I watched Biden’s speech last night. I don’t know what exactly to make of it, but I’m not surprised in the least to wake up and see the worst of the worst refusing to take the off ramp he provided. The “either we win or you cheated” crowd, though, has never not doubled down on stuff like this.

Actually, the term “doubling down” could stand an update. They left the realm of simple multiplication a long time ago. Every time they dig in, the absurdity is exponential.

They’re in so deep now, we have people like Laura Loomer crying because she lost her primary to another Republican. And Sara Palin says ranked-choice voting was “rigged” and that’s why she lost to Mary Peltola.

I mean, I can see being disenchanted with the Electoral College when the vote count is staring you in the face. But the EC is exclusively for presidential races. These races aren’t that complicated.

But to be so cynical that you can’t even imagine losing an election unless someone cheated? Puh-lease.

To be fair, the ones who say “if I lose it’s rigged” before the polls open know they can lose. They’re counting on public doubt in elections to get them the job, not actually winning.

And if candidates can’t actually win, maybe it’s time for them to consider voters don’t want what they’re offering.

Some of these candidates are probably still stalking their exes too. “Oh yeah, he’s totally still into me. He just doesn’t know it yet.” Couple of squirts of eau de desperation on their pulse points and they’re off. Way off.

Anyway, the President’s speech didn’t move me all that much— not that I think it was for me—but I did appreciate Biden defending the yahoo on the bullhorn from behind the Seal. Gave me President Obama vibes. I don’t dismiss Biden’s faults, but I believe he sincerely wants to be better tomorrow than he was yesterday.

And while I hate the idea of the DOJ waiting until after November to prosecute T****, I do understand it. If the U.S. is to be a democracy, it has to be clear the voters are calling the shots. Biden seems to believe us capable of discerning what’s at stake, but I can’t decide if that’s hope or delusion. 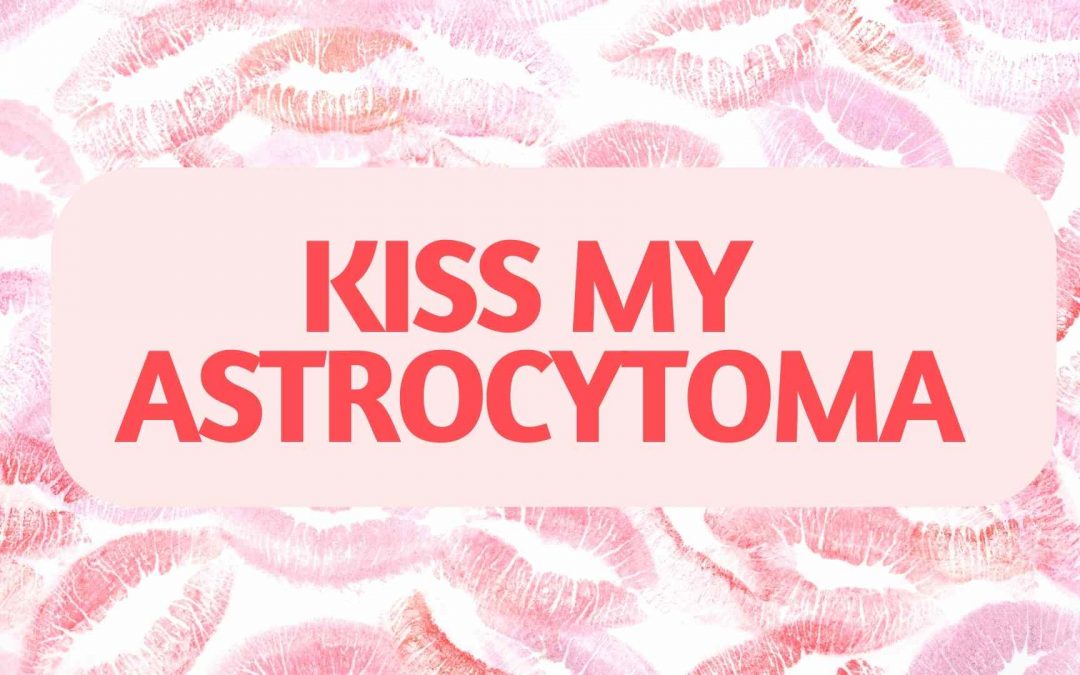 I had a phone visit with my palliative care PRN this morning. Long story short I’m going to take a short course of prednisone during CZT training to make sure I can do the thing. Because it’s only a week’s worth of generic ‘roids at a low dose, my Rx only costs about $4.

Which brings me to the whole “Medicare can negotiate drug prices” part of the Inflation Reduction Act. I’ve read in a few places that it will benefit seniors specifically, but I’m not sure if disabled people on Medicare are just casually being erased from the headlines again, or if I’m still extra screwed. I’m trying to find an answer.

This is just one reason why I’m still engaged politically when I should be “focusing on getting better.” My shingles vaccines, which I’ve mentioned before, cost $200 EACH, for example, and I’m not allowed to make enough money for our household to survive or they’ll cut my disability income completely and we’ll have even less than not enough.

Maybe if the “safety net” wasn’t an all or nothing proposition?

Bottom line, if anyone out there wants me to shut up about it already (and, yes, people do sometimes say it out loud) they can kiss my astrocytoma.

I’m relieved it’s only $4 for this prescription. The antibiotic ointment my oncologist prescribed a couple of weeks ago cost $35. Not exactly in the budget, and I prefer to put my creativity into Zentangling—not wondering how to afford medicine.

I know these posts aren’t fun for people to read. They are much less fun to write. But no one is going to do it for me. This is as boot-strappy as it gets for the girl who grew up in the most polluted county in Indiana. (In case someone tries to blame my cellphone usage for my brain cancer again instead of spending equal time wondering if our environmental regulations are too lax.)

I know, I know. Blaming me is so much easier.

The following text was originally posted on my Facebook page. It sets the backdrop for an upcoming series of posts I have planned on activism, and so I republish it here to give you some context on who I am as a political being living in the United States post-Election 2016.

DISCLAIMER: This post is for those interested in my thoughts. If you don’t care about my opinion, please just keep scrolling.

ALSO: This is not an invitation for internet-style debate. If you agree with me, by all means comment! If you disagree with me and can do so while simultaneously owning that your analysis is your analysis and not the only analysis, please comment!

One of the things that makes me furious about the aftermath of Election 2016 is the argument lobbed at me (always unsolicited, of course) that American voters—specifically those of us who voted for Hillary—got what we deserved, because Bernie.

Arguments in this category are not one-dimensional. You’ve got your “evil Hillary!”, your “corrupt DNC ergo evil Hillary”, your “fuck the two-party system”, and so on. (Plus all the possible permutations. You know, on that rare occasion someone using the internet realizes that the system that led to Hillary’s nomination is hella complex and a root cause can’t actually be boiled down to one thing.)

Me? I don’t outright dismiss any of these arguments. I find some of them ring much truer than others. But going down that path is to venture a little too far from my thesis, which is:

None of us—particularly those of us who voted for Hillary, but even those who voted Trump—deserve Trump as president.

He is a horrible human being, and he spent his campaign pitting white males against literally everyone else. Not everyone fell for it, of course. But some did. Others didn’t even have to fall—they were right there waiting for the man to free them from the “shackles of political correctness” or, put another way, provide them salvation from any obligation to follow the Golden Rule.

Trump inexplicably picked up votes from some he didn’t even try to woo, too–namely white women.

(What the ever-lovin’-fuck, you guys? I’d ask y’all to help me understand what that demographic was thinking, but I don’t think my heart’s ready yet.)

You probably already know I wasn’t alive for Nixon’s campaign. But I’d read about his Southern Strategy, seen the oft-referenced First Civil Right campaign ad of 1968, noticed a pattern in Trump’s rhetoric, and thought to myself, “Shiiiiiit. We won’t do that again, right?”

Plus, people were making legit comparisons between Trump’s surge in popularity and the rise of Hitler for chrissakes.

If you’re interested in getting a snapshot of where I stand politically, I was 98% in agreement with Bernie on policy and 97% with Hillary according to ISideWith.com. I voted Bernie in the Illinois primary, and was disappointed he didn’t get the nod. But I was not devastated that Hillary did. So, fuck yes I was excited a woman had a shot at the presidency. But, fuck no, I wasn’t merely voting against Y-chromosomes.

Anyway, on Tuesday morning, November 8, I was excited about a Hillary win. Not because I thought she was perfect but because I thought she was way more than qualified for the job, she had pulled off some pretty impressive wins for the underdogs in her 30 years of public service, and she would be the most likely to help and protect underrepresented groups in America. I fall into two of Donald’s “other” categories: woman and disabled. People I love fiercely fall into virtually all of the “other” categories I don’t.

Being sick and low on energy, I was hoping to have four years of holding Hillary accountable and making some sort of progress. However, instead I have to go full-on activist to make sure America doesn’t collectively lose more ground in human rights. You can’t reasonably deny the subway harassment, the swastikas spray painted on dugouts, children telling other children they have to “go home” now. And you have to take seriously every political promise to curtail women’s reproductive rights, revoke marriage equality, deport our neighbors, and on and on.

BECAUSE THEY ARE COUNTING ON YOU NOT TO. THEY DON’T NEED YOUR BLESSING. THEY NEED YOUR APATHY.

Bottom line: No one deserves an America like that. Especially not anyone who voted at every opportunity to prevent it.