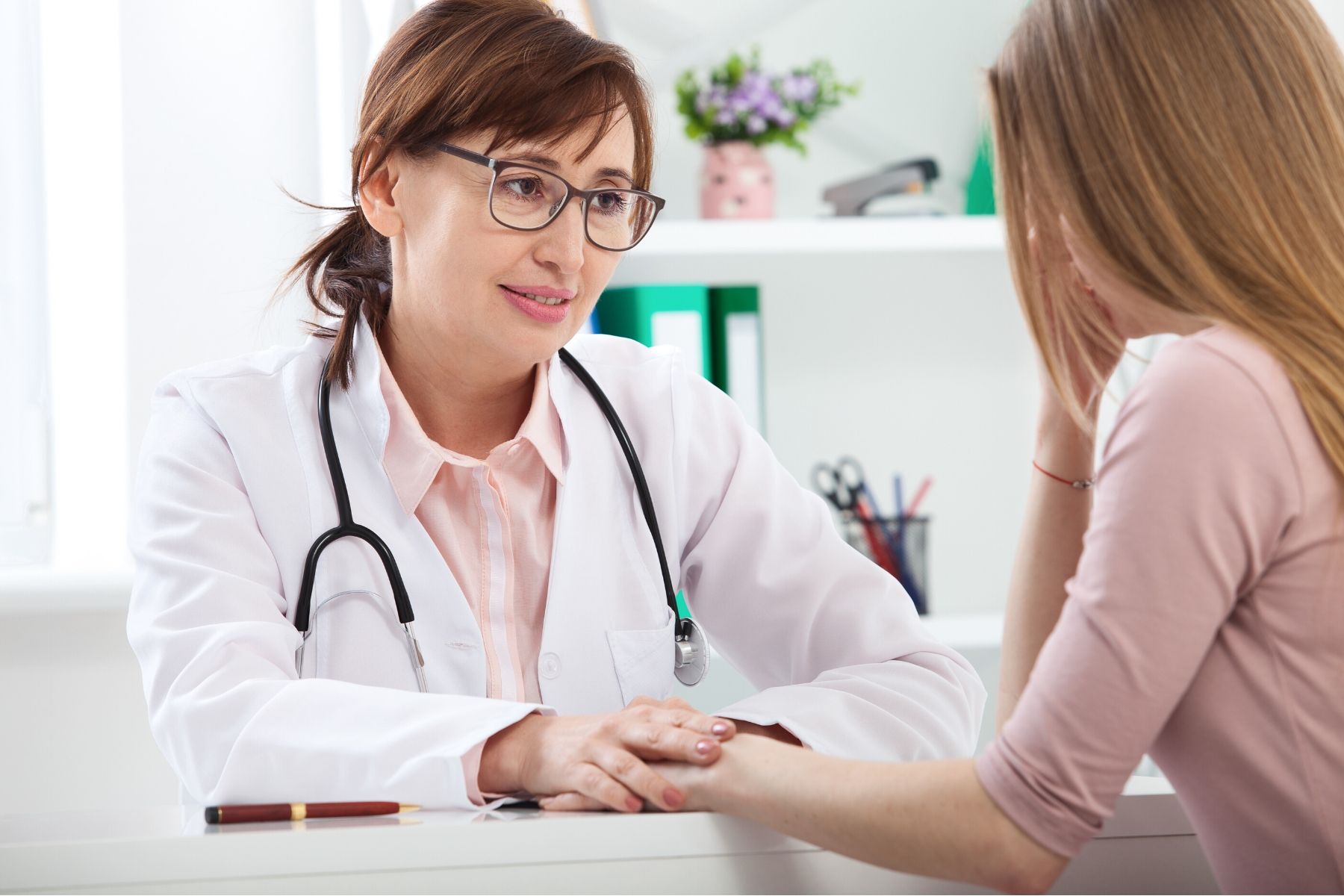 It Isn’t Fibromyalgia After All

Dan and I were leaving the clinic after my doctor’s appointment Friday. I was hobbling with my left arm hooked around his elbow and my right hand gripping my cane. I was so exhausted, I wanted to stop and take a nap halfway to the car. The only thing that kept me going was my desire to get out of the razor-sharp wind.

“Did you hear her?” I asked. “She said ‘this is not fibro.’ I kept it together in there but I wanted to cry.”

The past week has been dreadful for me. I’d-rather-do-aeorbics-in-a-pool-of-peanut-butter level dreadful. I’d spent so much time not doing anything in order to save a few spoons, that I didn’t realize I couldn’t do anything, even if I wanted to.

Dan had to bring me clothes, help me rinse the shampoo out of my hair before my appointment, and search the house for my comb. (The comb was in the dining room, where it had been since we unpacked after holiday travels in December. It’s always wash and air dry for me.)

After every chore, I’d have to stop a few minutes and rest.

Wrap a towel around my head. Sit on the toilet with my eyes closed. Brush my teeth. Sit on my bed. Get dressed. Sit on the couch and try breathing a little deeper. Put my shoes on.

By the time we were on the interstate, I was dizzy and willing away a panic attack. (For the record, most times the mental anxiety doesn’t come until after my body starts freaking out.)

“That seems high, doesn’t it?” Dan and the CNA both agreed with me. I was sitting upright, but had just walked down the hallway seconds earlier. (I’ve been saying for months that my autonomic processes are screwy. I was appropriately concerned, but not surprised.)

Next, she put the cuff around my arm and in a few seconds announced that my blood pressure was 174 over 110.

I gasped. “Ohmygod. That is really freaking high—the highest I’ve ever had—but I guess it explains why I am so dizzy.” I was also seeing floaters, but I didn’t bring it up. I was focused on willing myself not to pass out.

“Yeah, it’s pretty high,” she agreed. “Earlier this month it was better, though.” She pointed to my records on the monitor, referring to the day Dan pushed me in the wheelchair to my sleep consult. “I’m going to come back in 15 minutes and take it again, okay?”

The doctor eventually came in, and the three of us discussed the issues that had been of most concern to me recently: the inability to move my leg, my worsening weakness, how I walked like I had mad cow disease, and my inability to stand up on my own—at first after a bath, but now also after showering with a shower chair.

“What about getting up off the floor?” she asked.

I looked at the sterile floor of the exam room. “There’s no flippin’ way,” I said. Please don’t make me prove it. The thought of trying to get myself up off the floor…

She took my word for it, but asked if she could watch me walk. The three of us went into the hallway, and I began my slow hobble down the hallway with my cane in hand.

“Are you going to fall?” she asked?

“I think I’m OK for now with the cane.” I wasn’t really confident, but I needed her to get a decent picture of what was going on with me.

As I made my way back to them, my leg muscles were utterly exhausted after only about 20 steps. I asked her about ruling out MS.

Next, Dr. S asked me if I’d sit on the exam table. I shakily climbed the single step and tried to lift my butt up with my core muscles while my palms were planted on the cushioned part of the table. It was a struggle of epic proportions.

When I was finally seated, knees bent and legs hanging over the edge, she started a physical examination that included testing the strength of different muscle groups by having me push and pull against her.

Next, she started hammering reflexes. When she tapped my left knee, my leg swung wildly out and then back in. My heel slammed against the metal base of the exam table. It was loud and echo-y and sounded like I’d just lost the game of the year and was kicking lockers in a self-loathing rage.

The three of us had a good chuckle, and she said not to worry or try to minimize any of my reflexes. She finished up with her little hammer.

Then the weirdest thing happened. She grabbed my left foot, moved it up and down quickly a couple of times, and then held it in a flexed position. My foot went spastic, pulsing in the same repetitive motion for several seconds until she let go. It happened with my right foot too, though not as pronounced.

I’ve been reading up on MS and watching YouTube videos for weeks, so when it happened I already knew it had a name. I didn’t know, however, that I had this sign. It felt really weird, voluntary muscles acting involuntarily.

She said I could step down. “This stuff can’t be fibromyalgia,” Dan said.

The doctor agreed. “The muscle weakness, clonus, gait abnormailities, and the inability to move your leg that you reported last month—this isn’t fibro.”

You guys, joy washed over me in a wave from my head to my toes when she said that. Then she added, “If you talk to others with MS, you’ll probably hear a similar story. They’ll tell you that for ten years they dealt with inexplicable symptoms while doctors looked at them like they were crazy.”

I nodded my head in agreement. 2005. The vision loss. The pregnancy test. Doctor I-Don’t-Think-It’s-a-Stroke.

She ordered MRIs of my brain and cervical spine, and recommended that I keep any appointments I have. She believes the sleep study will still be helpful. Plus I now have two neurologist appointments on the books, one with INI in Peoria and one with someone local.

“They’re far enough out you can cancel if one or the other isn’t needed, but you don’t want to be waiting to get back on the books.”

I’m convinced it’s MS, though there are some other possibilities. However, getting that diagnosis could still be a long, tough road. I’m trying to prepare myself for inconclusive MRIs, just in case. I am the queen of negative test results.

If you’re interested, here’s a quick explanation of how MS is diagnosed and what a challenge it can be.