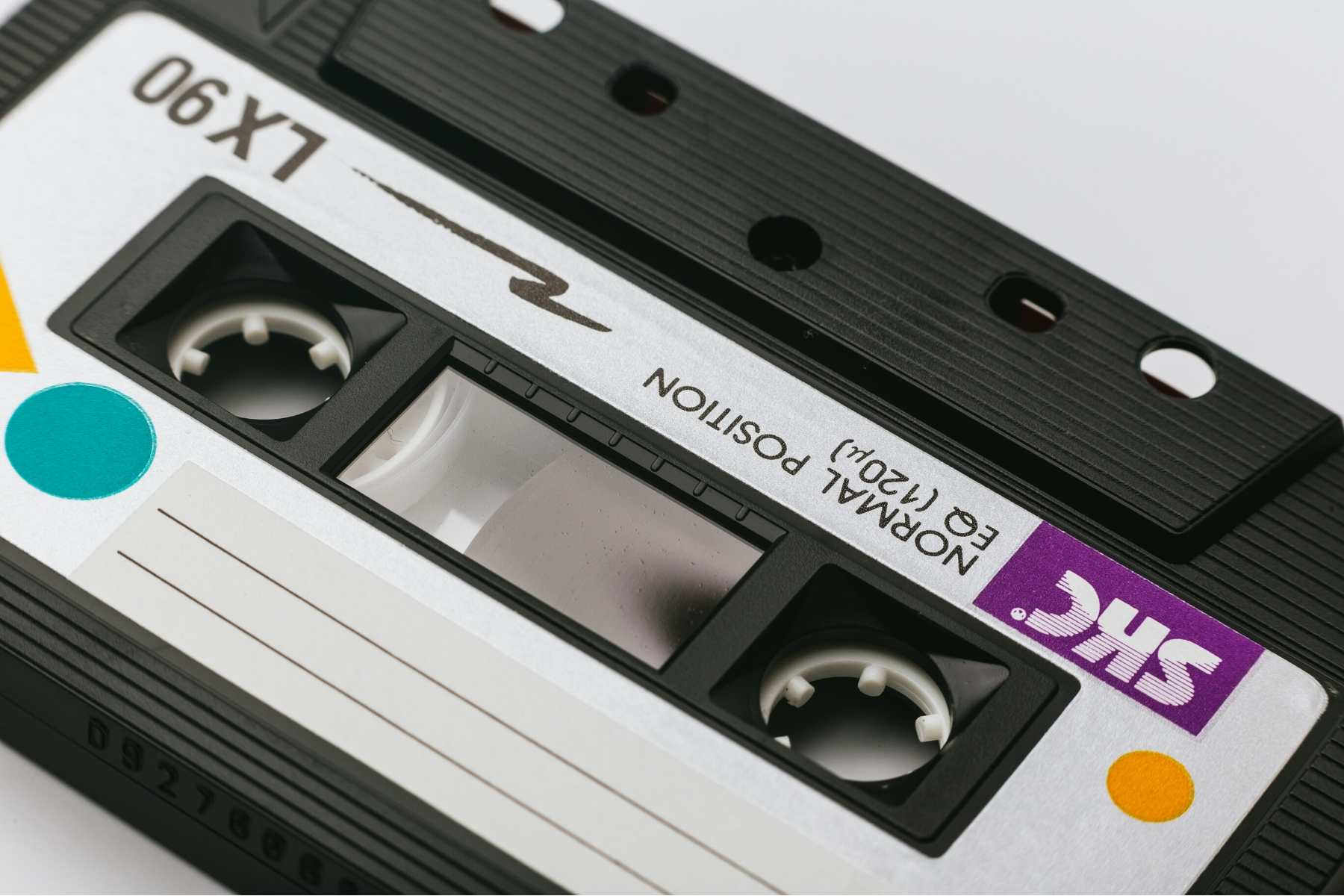 I can’t remember how old I was at the time—second, maybe third grade? We were in music class, huddled around a tape recorder. We were going to sing some shit, and then we were going to listen to ourselves singing said shit.

But first, she needed a volunteer to do a little voice-over announcing that we were from Mrs. W’s class and were going to be singing “This Land is Your Land.” (Or maybe some other song. The title is not the part burned in my memory, the next thing I tell you is.)

Eight kids—at least—raised their hands so high their little butts came out of kumbaya formation as they pleaded to be picked to do the voice-over intro. Not me, though. I had a tape recorder at home, and I already knew that whatever was played back on that cassette would not sound like me. It would sound stupid.

I emphatically dropped both of my hands into the songbook sitting in my lap and pushed my lips together between my teeth. Looking around at my enthusiastic classmates, I comforted myself. At least you won’t have to do this thing.

Of course, I only drew more attention to myself. A wry smile spread across my music teacher’s lips and her eyes narrowed. “Emily.” Her curled finger ordered me to come to the center of the circle so I could speak into the recorder’s microphone.

I didn’t have the vocabulary for it at the time, but if I knew then what I know now, my inner voice would have been shouting sonofabitch! as I crawled closer to the recorder.

Back in November, I mentioned that I went to our local public radio station to record an interview for a show called The Pulse that airs on Philadelphia’s WHYY. Today, that piece was broadcast, and the reporter sent me an email with the link to listen.

It took me a while to muster the courage to play it.

The ten-minute episode includes interviews from a few other chronic illness patients, so the portion of audio that actually includes me speaking is pretty small. I knew this would be the case, but I did not expect that confronting it this morning would make me cry.

Essentially, three hours of exhausting work (showering, dressing, speaking, walking from the car to the studio and from the studio back to the car) required so many spoons that it left me physically drained and flaring for three days. All of that effort was reduced to a couple of three-second clips of me talking, vaguely and weakly.

Like I said, I knew all of this was in my future when I agreed to do the interview. But today it was all right there in my face, and I was forced to see this project the way I see just about everything else I do in life.

A whole lot of suffering and struggle to do a thing. And the best possible payoff I can expect for doing that thing? Maybe some cans end up in the recycle bin that my husband didn’t have to put there. Maybe a shrug of indifference for something I wrote. Maybe I get a couple of Facebook likes.

I don’t want my walking across the living room floor to be the equivalent of someone else’s climbing Everest. But some days it totally is, just minus any of the fame and fanfare.

“You guys! I fucking showered today!”

Dan and I listened together as the reporter talked about how my illness had affected the sound of my voice.

“You were just nervous,” Dan said.

Yeah, but no. Nervous me doesn’t sound like that. Sick, dehydrated, weak, defeated, wracked-with-pain me sounds like that. Liquid started pooling in my eyeballs.

I’ve never been particularly good at speaking. I own that 100%. Writing comes to me more naturally, and it more closely represents what I’m thinking, who I am. It’s the only thing about me that I feel hasn’t diminished in some way following the onset of my chronic illness. (Well, I’m not as prolific, but I mean that I feel like the quality of my writing is still there.)

But I can’t write all the time, and in my day-to-day dealings my voice betrays me. I’m self-conscious about it. People hear my voice on a typical day and I imagine they think I’m timid. Quiet. Weak. Unsure.

I’m none of those things, but am often powerless to convey that to others. Especially people who never knew me before or never really knew me well.

I frequently get talked over in meetings. Even when I have the ability to raise my voice to be heard, I usually don’t. I make a mental note to make my case by email or I just let it go.

That’s because everything in my life is consequential. The more energy I devote to talking louder, being insistent, yelling? The less energy I have to walk down the hallway to my home office, brush my teeth, or read a book.

Sometimes by dinner on a work day I’m so weak my muscles are like, “This again? Do we have to lift the fork to your mouth?” And literally all I’ve done is talk to a few people on the phone and write a few thousand words at my desk.

So, as you may expect after reading all of this, I run a cost-benefit analysis on every tedious, motherfucking thing I have to do. Most of the time my brain crunches the numbers and spits out a response. It’s on dot-matrix receipt tape, and it commonly reads: NOT WORTH THE EFFORT.

When things are really bad, the response is: BITCH, PLEASE.

For the WHYY interview, I did the calculations and decided that it would be a worthwhile thing to do. But listening to it play, well it just felt like wasted effort.

The episode moved on to the next interview.

None of this is what I wanted people to know about me or about living with fibromyalgia. I do not feel accomplished or content or satisfied in any way.

“This land was made for you and me.”

Mrs. S stopped the recording and rewound the tape, trying to find the beginning of our recording among dozens of other classes singing the same song.

My cheeks flushed with embarrassment at the sound of my voice being played back to me. I looked at my classmates, expecting giggling and pointing fingers. But they all just stared at the black plastic box in the center of the circle. One boy clapped twice and squirmed, unable to resist outwardly expressing his excitement.

I don’t know. I guess the moral of the story is that even weak voices can be useful? Whether it’s helping my music teacher find the right spot on a Memorex cassette or reminding me how much more ‘me’ I am when I write.

I still have a shit-ton of stuff to share, and at least one decent way of putting it out there.