Someone on the Internet Told Me Not to Get Political 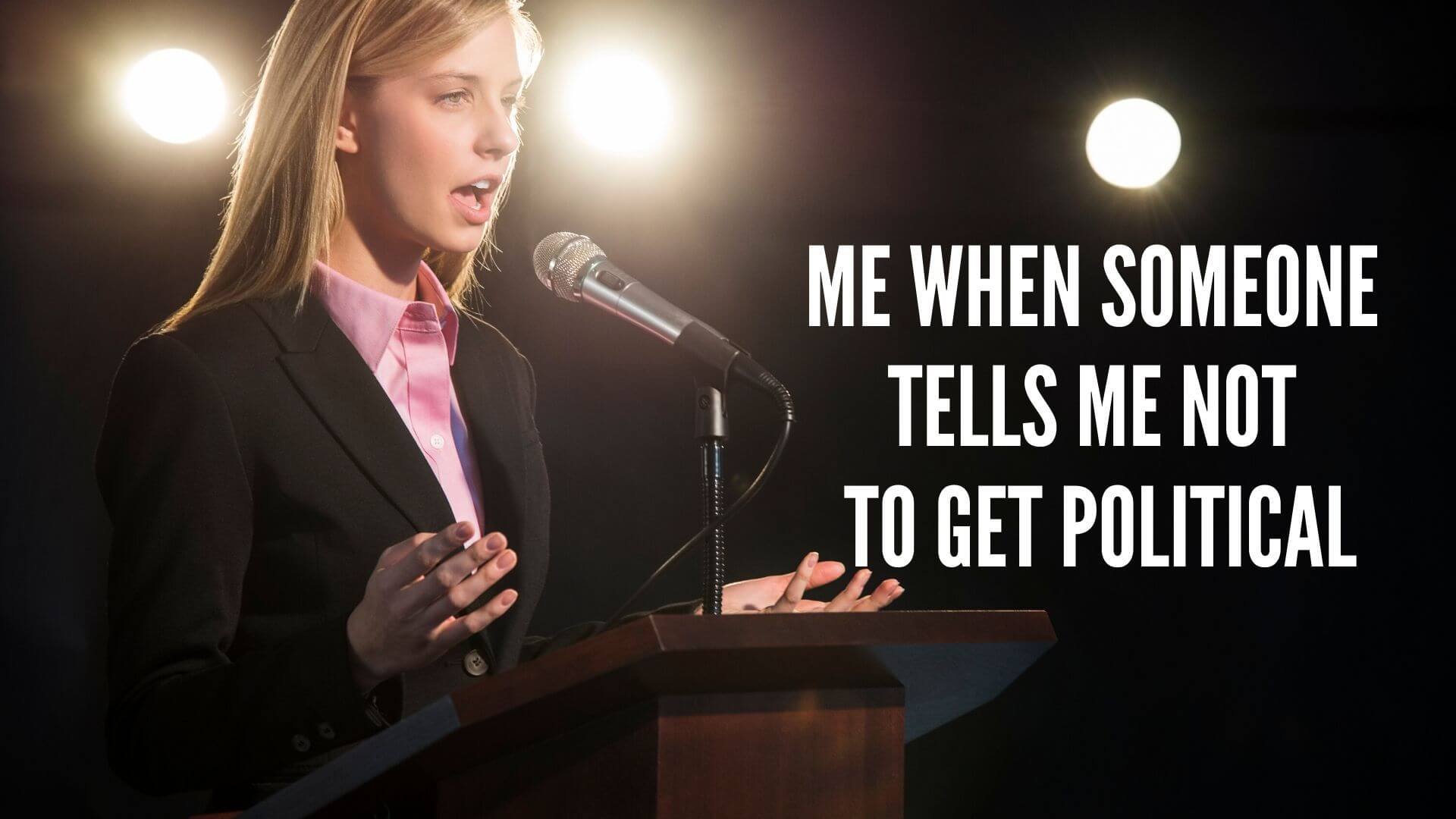 Welp. It happened. I got my first YouTube comment asking me not to “get political” today.  I wish people understood what an awful request this is to make of a fellow human being. It’s not appropriate to ask of your favorite celebrity, much less a small-time YouTuber.

Asking me not to get political loosely translates to “make ME more comfortable whatever the personal cost is to you.” Yeah, no. If I’m going to make all my videos accommodate one specific person, it’s going to be me. Just FYI. Not because I want to pick a fight with internet randos, mind you (I don’t have energy for that on a normal day) but because I don’t accept that it’s my job to polish someone else’s bubble.

And it doesn’t really matter whether familyrich 77 is politically opposed to what I said (that Trump bungled the coronavirus response) or is just burned out and needing a break from it all. The onus is theirs.

Consider two scenarios. In the first one, a YouTube creator has posted a video in which she says the sky is blue. You believe the sky is purple. Which is the most reasonable response?

In the second, a YouTube creator has posted a video in which she says the sky is blue. You are tired of people talking about the sky all the time. Which is the most reasonable response?

It’s especially damaging to ask someone whose life has been ripped to shreds by health, disability, and poverty politics (me) to not talk about it. Period. But also? My comments were made in a Tangled Talk episode. In case you’re reading this but haven’t seen one, Tangled Talk videos are a hybrid between a personal vlog and a Zentangle tutorial.

Suggesting I not mention anything political in a video I clearly labeled a Tangled Talk episode—in the title AND with in-video graphics—is like suggesting the child you made fifteen years ago not talk about drama at school.

I’m not mad at familyrich 77, but I am more annoyed today than I might otherwise be. Because I received that “don’t get political” crap after my high-risk husband and I found out we couldn’t place an online grocery order due to “extremely high demand.”

Also, Trump is still bungling the coronavirus response. And that is the nicest thing I can say about him.

Take care of yourselves out there, people.