Okay… time for an update on Emily Suess’ head:

First, the tumor itself is being called a Grade 2 Astrocytoma. Which, you know, for a tumor it’s got a pretty cool sounding, spacey sort of name. I mean, Asto-anything carries with it that sunny, 1950’s, Cold War optimism of flying cars and kitchens that make their own sandwiches –WITH ROBOTS!

Nonetheless, the good news is that even though it’s a rare tumor, it’s not unheard of, and they kind of have an idea on how to deal with it –WITH THE SCIENCE OF GENETICS! Courtesy of Foundation One, for all your tumor-testing needs.

Seriously, I’ve been doing a little light reading on this whole Foundation One genomic testing, and it’s mind boggling what they can glean from tumor tissue. And, that brings me to my next bit of optimistic information.

As it stands, right now, there are a lot of ways to treat a tumor like Em’s. There’s the standard, tried and true method of radiation and chemotherapy. It’s the way they’ve been beating on cancers for generations, and it works. But, even with today’s mild chemo treatments, it can still be rough on the patient.

What the Foundation One testing hopes to discover are certain genetic markers of the tumor that can dictate a much more targeted and effective approach. For instance, there are two specific genomic markers that, if we’re lucky, will lead to a pretty easy treatment of some radiation and a mild pill regimen to swallow.

And, so far, Emily’s tumor has one of those markers. Once the complete genomic workup is available, we’ll know if she has the other marker needed.

Right now, the’re gearing up for radiation, since it’s a certainty that she will need some, but they aren’t able to commit to whether or not chemo will be needed since there could be some easier options out there.

So, there’s a whole heap of very smart people working on this, and I’m confident they’ll take the smoothest road possible.

As for how long Emily’s had this tumor, no one can really say with any accuracy. The common belief is that it’s at least a few years, but a case could be made that this thing could have been there since childhood. There’s really no way to know.

Today? Well, we’ve come an incredibly long way in fighting tumors and cancers. This is actually where your donations go. You don’t really see it until you stop and look at what they’re doing today compared to what they did a decade ago. And, it is today’s science and my wife’s interminable strength which fills me with nothing but optimism.

Unfortunately, this isn’t a tumor we can ignore for another ten years. In a way, I wish we could. I can only imagine the spacey stuff they’re going to be pulling out ten years from now. It’ll probably involve nasal spray and an AC/DC album, but who knows?

Anyway, Em and I thank you all so much for all the support and encouragement. It’s kind of overwhelming, but in a surprisingly good way. You all have been the best. Of course, it’s still weird hearing her laugh while we’re sitting in the doc’s waiting room, and I think for a moment, “Yup! This is it. She’s snapped. Next up, she’s going to rub soup in her hair and run around calling herself the Queen of England.”

Then I see she’s looking at Facebook on her phone, and one of you said something or posted something, and, you know, it just helps more than I can say. 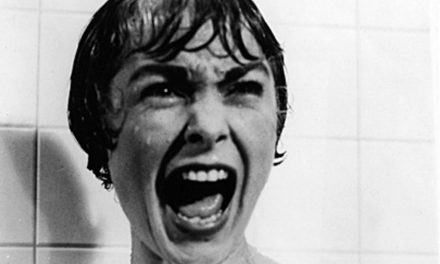 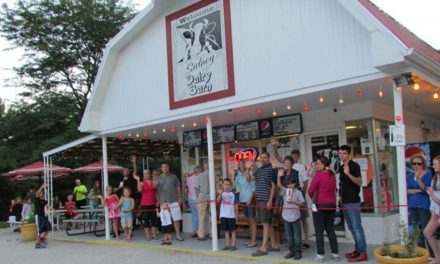