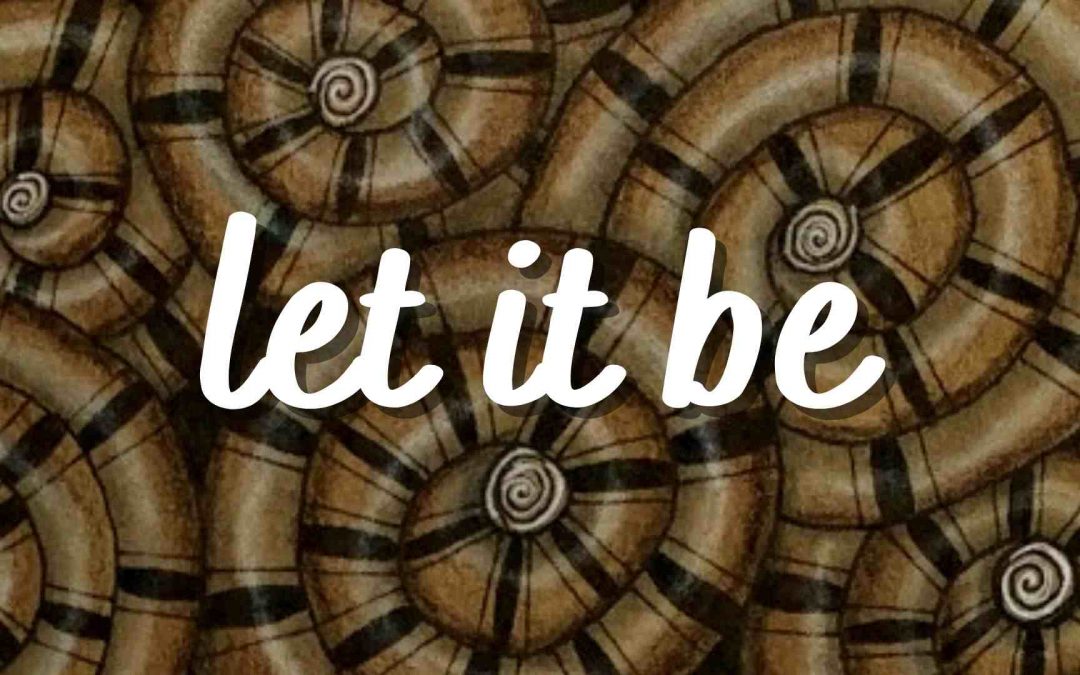 I’ve been feeling off-kilter for a little bit. What else is new, right? Let it be.

I talked with Mom about more construction stuff yesterday and my head is a jumble of information. The plans haven’t changed a whole lot, but how I have to think about them has.

I don’t pivot quickly from thought to thought. It’ll be fine as long as I stop trying to solve future problems in a space that doesn’t exist yet.

My mantra at the beginning of this year was “let it be.” I need to get back to that. There will be an answer.

Cancer—and especially chemo—tend to accentuate how little control I have over this life. Sometimes that feeling can swallow me whole and make it hard to discern what things I can change and what things I can’t. But if I sit back for a second and let stuff happen without trying to force the outcome, the things I can’t do anything about will sink to the bottom.

Not dwelling is how I avoid anxiety and depression. But not dwelling is also damn near impossible sometimes. If you know, you know.

It’s not easy waiting for the things I can’t control to get out of the way because there’s a lot my brain wants to process. But…I dunno. It’s just something I’m always working on. Because I got used to doing #AllTheThings at once, and I can’t even do two things at once anymore.

Pause for this shameless GoFundMe plug.

Now back to regular programming.

Thursday night Dan and I watched the mid-season finale of the January 6 hearings. Coincidentally, everyone I talked to yesterday mentioned they had watched them too. I feel like the enduring narrative for 1/6 will be closer to the truth now. And that’s comforting.

Of course, attempts to gaslight the gullible will continue, but maybe now the lies will only endure in the minds of a subset of people. And that’s just how it always is with anything. I can let that be. What I’m really having a hard time with is waiting patiently for the September hearings they’ve announced.

Nothing heals my anxious mind like a good fact, no matter how troubling. Lies trigger my PTSD. (Genuinely. Literally. I’m not using rhetorical bullshit to make a point here.)

Anyway, the hearing ended kind of late, then I stayed up for the legal commentary, and then I lurked on Twitter for the memes. (I was not disappointed, either. Twitter absolutely roasted Trump for the speech outtakes and Hawley for the footage of him fleeing.)

It all caught up to me last night, so I took half a Xanax. It helps me unlock the screaming muscle tension in my neck from sitting up too long in an uncomfortable piece of furniture and makes me drowsy.

It worked. I feel rested this fine Caturday morning. Izzy sends her love.

I’d post better pictures of Boomer, but he is rarely here in the Chemo cave. He and Dan are attached at the hip. About the only snaps I get these days are blurry, poorly composed pictures of him begging for cantaloupe.