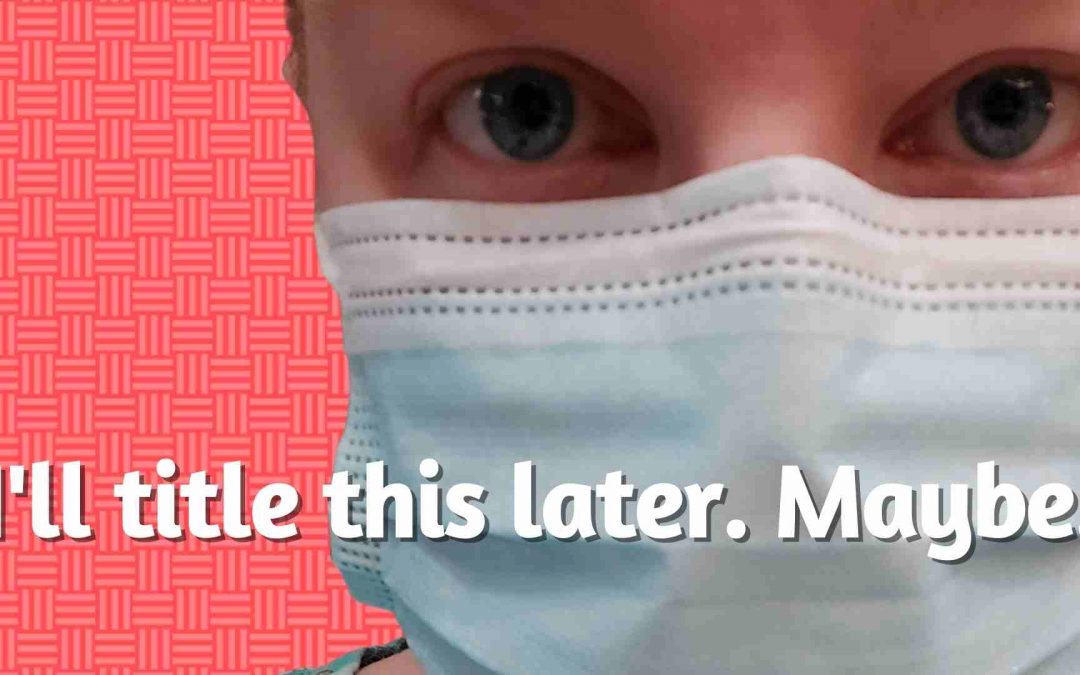 My doctor mentioned the good results from my MRI, and then we got down to business. I told her how I had to pause chemo—again—and explained how I was battling fatigue and some painful cysts and that they usually go away on their own if I give my body a break from the temozolomide.

Of course, she wanted to have a look at my armpit.

She told me the medical term. “OK,” I said. It was two words that I didn’t comprehend at the time, and I don’t think I’d even recognize them if I heard them again.

I explained that my fatigue was severe. (Though maybe it’s because my body is fighting that skin infection, now that I think about it. Who knows? There are just way too many variables.) And we agreed that I’d call in for the antibiotics if my skin didn’t keep getting better.

The labs were one stick. The vaccine was also no big deal. The hardest part was being in the infusion center where the staff’s voices were bouncing off the hard, sterile walls. Sounds hurt me these days, and I felt like they were all screaming at me. They weren’t, of course, but tell that to my ears. Or maybe don’t. Yeah, definitely don’t.

Back to my oncologist though. She was asking me about my fatigue and probing with follow up questions, probably because my responses were short and not entirely helpful. I explained how I spend a lot of time in bed and never went anywhere, and she looked up from her notes and looked at me and said, “So coming here is really an ordeal for you isn’t it?”

“Yes,” I agreed. But what I’m thinking now as I write this is “YES! THANK YOU.” Sometimes I need for my exhaustion to be someone else’s idea, because explaining it is too great a burden. Sometimes anything more taxing than a simple yes or no is just Too Much™.

I wouldn’t even be writing this now if I werent afraid of losing my thoughts and recollections. That reminds me, the doctor asked about my second shingles vax, and I confessed I hadn’t done it because I’d completely forgotten about it.

That just goes to show you how drained I am. I pressed for this vaccine myself because I had the shingles back in December, and they were unbearable. And I never ever ever want to have them again.