Level 2 Emily is So Zen 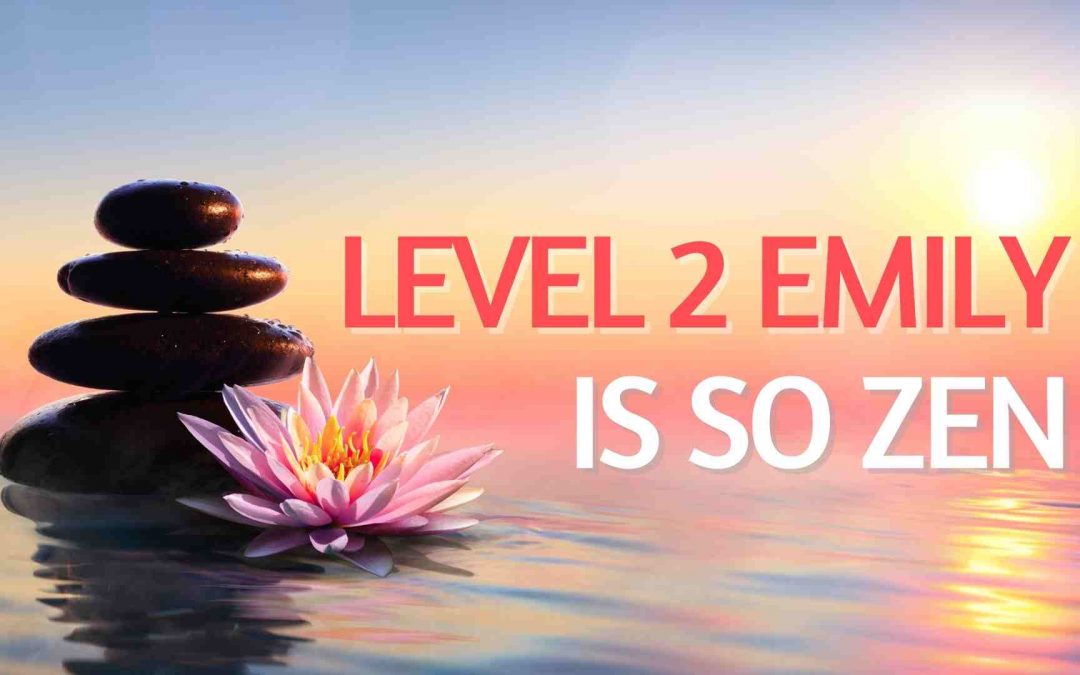 I spent just enough time on Twitter today to learn two things. First, Chuck Grassley told his constituents he was for a $35 insulin cap. After he literally voted it down in the Senate. What a tool. And second, the Inflation Reduction Act does allow Medicare to negotiate drug prices for disabled people too. Huge thanks to my friend Robin for letting me know.

I didn’t blog yesterday because—get this—I actually had a better day! Dan gave me his signature haircut (a WAHL with a #1 guide) outside, and I got about 5 minutes of sunshine. I think sitting in the blazing hot black metal patio chair freaked out my back muscles just enough to relieve me of spasms for a few hours.

I took full advantage by not paying attention to anything but the sensation of relief. It was better than taking off shoes that give you blisters. And when I couldn’t get back to sleep from 2 to 6 am this morning, I was like, “That’s okay. I will simply enjoy being able to feel my fingertips.”

Level 2 Emily is so Zen, you guys. As expected, my pain level is creeping back up today, but it’s still not as high as usual. So I tried replicating the chair situation a few minutes ago, but the sun was behind clouds, so the chair wasn’t very hot. I’ll try again tomorrow, but I have to be careful not to be out there too long or bad things will happen to my skin.

Taking drugs that make you photosensitive while being low on vitamin D is such a pain in the ass.

Dan got his first shingles shot today. For free because he’s covered—w00t! He was only gone about an hour, but he came home to find an absolutely elated dog waiting for him. They’re both sleeping now. But first they had to soak up some sun too.

Aside: as you can see in the picture, we are not getting much rain in East-Central Illinois this summer. The huge maple provided so much shade that it helped a lot. But it’s gone now, so this is what we get. Thanks, tornadoes.

In other health-related news I don’t think I’ve mentioned yet, I have been nearly passing out every time I get up recently. The blurry vision that fades to almost black. The muffled hearing. When I described what was happening to my PRN on Tuesday, she felt like it was orthostatic hypotension and she suggested getting up more slowly.

Which, you know, easier said than done when you have to pee at 6 am. But I also decided I’d try flexing my quads and hammies before standing or anytime I feel like I’m going to fall over. And what do ya know, it helps. And it’s 100% cheaper than compression gear or those air compression thingamajigs (kinda like this and a Ziploc bag had a love child) they made me wear in the hospital after brain surgery.

By the way those things feel fantastic the first two days or so, but by the third day you’ll definitely want to beg your nurse to “accidentally” stab them with an IV needle. I mean, allegedly.

She won’t though. Something about preventing blood clots. Pfffft.